The great helmet debate is raging. Many of you have already used the letter format created by MotoVore's Tushar Burman, available here at OVERDRIVE as well as at savethehelmet.in to send a feedback note to the Joint Secretary, MORTH. If you haven't, you really should. What you're sending is your reaction to the proposed Helmet Quality Control Order, a feedback channel that will close on October 2, 2018. The Government, and the secretary, Shri Abhay Damle, will take into account the feedback before deciding what the final order will look like. Elsewhere, PTI quotes Minister Nitin Gadkari as saying that he would like to reduce the helmet's weight by 300g and this is a problem. Because the logic seems to be that since statistically penetration incidents are insignificant, we can do away with the current level of penetration resistance and work towards a lighter helmet. This is the same as saying that since India has only gone to war a total of three times since its independence, we a three-man army, a two-plane air force and a fishing boat with a gun should be enough protection. But let's not get ahead of ourselves. Here are the ten things you need to know about the issue. 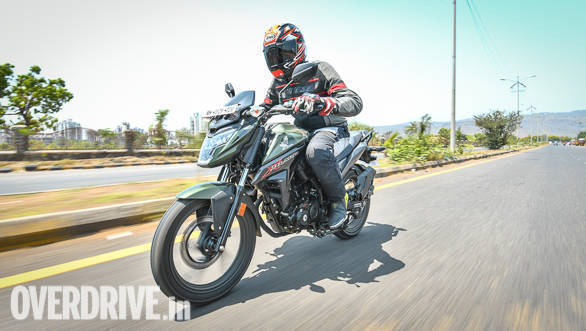 The BIS standard, IS 4151, sets out all the test and functional criteria that a helmet must meet. It closely mirrors the European standard, ECE 22.05, which is often considered the best of all standards. In fact, the UN promulgates the ECE 22.05 as its helmet standard of choice.

IS 4151 doesn't require BIS to test all helmets! 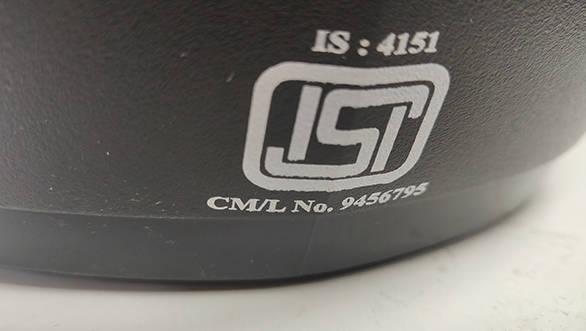 The strange thing is that the IS 4151 doesn't require mandatory helmet testing by the BIS for certification. Sort of like the DOT, the compliance process rests with the manufacturer of the helmet themselves while the BIS is supposed to conduct spot checks on the facilities and test helmet samples here and there, to ensure the manufacturers with BIS licences aren't playing rogue. You could descend into all kinds of enforcement issues here but the point is that OVERDRIVE's RTI application showed that a total of five helmets were tested at the BIS Parwanoo (HP) brand office and another 74 were tested at the Delhi BIS office over the year from August last year to this year. That's not a whole lot. 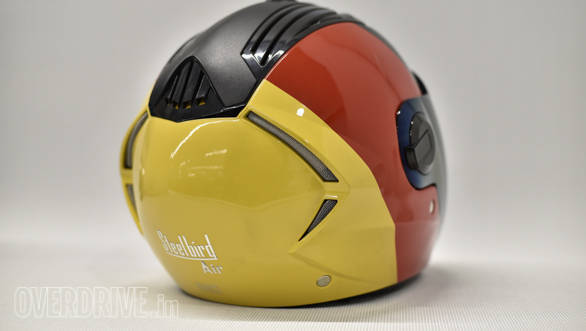 That said, if you look closely at the ISI-marked helmets, they're certainly better than the road side helmets. Studds, Steelbird and Vega are the three big names but there's a legion more of manufacturers who have BIS licences to put the ISI mark on their helmets. That said, at the bottom of the range, Rs 300 and so forth, there are innumerable modes with ISI marks - legit or not - that don't look like something you'd want on your head in a crash. However, one does have to draw a line somewhere and the ISI mark is as good a place as any to start looking for minimum crash protection.

Because the road side helmets are cop-avoidance devices and not crash safety equipment. You already know this. We've seen shells made of mud - no kidding. The Helmet Quality Control order's primary target is that grade of helmet, and its maker, not you and me, really.

Most people are not buying DOT, ECE, JIS etc helmets 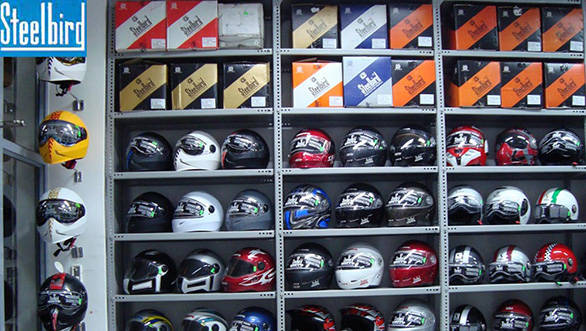 While the world of social media makes it seem like it, the buyers of the DOT, ECE, JIS and SNELL helmets are very, very few. They mostly live in urban India and they mostly ride premium motorcycles. And not all who ride premium motorcycles, mind you, wear their helmets regularly either. But OVERDRIVE's plea for an exemption for the international standards compliant helmets comes from a simple place. We already strive to, and do, wear the best helmets we can find. Some of these are outrageously expensive and vastly exceeds the standards too. This implies that our personal protection standard is greater than the BIS' standard. We are asking simply that this privilege not be curtailed by accident while trying to end the fake helmet and to bring down India's stunning road accident statistics.

Indian standard compliance for international manufacturers is a good thing

When a Japanese helmet manufacturer sells their helmets in the USA, they must meet the US standard. There's no argument about this online. By extension, it makes sense to us that a Japanese, European or other brand who intends to sell helmets in India on a regular basis, by themselves or via a representative, should meet the Indian standard. We do worry that our market size is a little too small for the high-end helmet manufacturer to see this as cost-effective. Which is why we are asking for an exemption on the same lines as the homologation waiver for bikes above 800cc and larger cars.

Complying with the Indian standard is a complex process. Because the helmet testing is not mandatory, the current framework is a labyrinth. A local representative of a Japanese helmet brand told OVERDRIVE that after multiple visits to the Bureau of Indian Standards office in Mumbai, the BIS had so far been unable to tell them which official would handle the starting up of the compliance and certification process. OVERDRIVE did look at the contract required for a non-Indian manufacturer to get the licence to use the ISI mark, and it includes annual inspection visits to the facilities for the BIS officials. Again, this makes sense to us, but the opportunity for misuse in the Indian context cannot be ignored.

The issue gets more convoluted when you realise that Shri Gadkari clearly noted that the helmet standard will be moved to the mandatory schedule - which means the BIS will have to test and certify all helmets. There is no clarity on how this affects both local and imported helmets. We aren't worried about actual compliance, but about the process. How will an organisation that tested 79 helmets last year, handle the demands of 800 million new two-wheeler buyers - assuming half of the new buyers already have ISI-marked helmets.

The proposed law penalises makers and sellers not users

It is important to note, here, that the jail time and fines in the proposed Helmet Quality Control Order is for the manufacturer and seller, not the user. Which means if you currently ride, like we do, with an Arai helmet - ECE 22.05 and SNELL - the order doesn't affect you directly. The traffic police already has the power to declare your helmet illegal and fine you. Indeed, the hue and cry in the Bangalore Traffic Police drive was about the confiscation and destruction of the non-compliant helmets.

So what you should worry about, if at all, is the enforcement issue. There is no word from either Shri Damle or Shri Gadkari about the big issue here. The ISI-mark helmet hoopla is a bit player in this drama. Our far, far bigger problem is that Indian riders do not wear helmets. And they do not wear helmets regularly because the local traffic police doesn't enforce the helmet rule strongly enough. The people making the appeal for small changes to the helmet quality control order actually do wear their helmets regularly.

Our submission to the Government is the same as when the GlobalNCAP zero ratings for a series of hatchbacks had appeared. Let's focus on the problem, not on the twilight zone at its edge, at its core. Indian RTOs and Traffic Police Departments need to take their jobs seriously and enforce the many laws we already have first.

The Proposed Helmet Quality Control order is vital and OVERDRIVE supports its intent. However, we feel that there is potential for collateral damage for the few of us who believe that we can get better protection by using a more stringent standard applied elsewhere than a loosely implemented one here. Hopefully, the mandatory testing will bring some relief on that front, as long as statistician-turned-engineers don't turn our helmets into glorified sun hats. More to the fore, the Goverment really needs to tighten the licencing and enforcement sides of this process.

What would we do 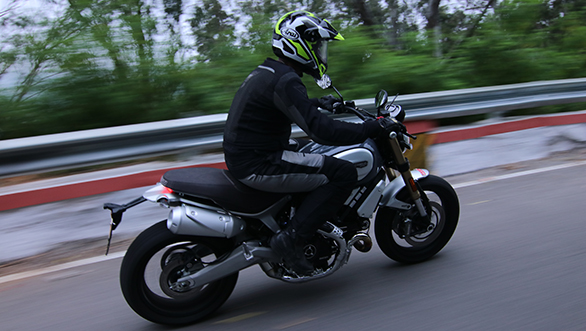 We will wear the best protection we can afford. We will explain patiently to every policeman who stops us that our protective gear is better than the standard. And we will hope that the Government is listening to us.

If you haven't already, go to savethehelmet.in and send off the feedback email, or use this link

Open letter: Does the ban on sale of non-ISI helmet make sense?