10,000th Isuzu vehicle rolled out of its plant in SriCity

Isuzu India rolled out the 10,000th vehicle from its manufacturing facility located in SriCity, Andhra Pradesh and it was the Isuzu D-Max V-Cross. The company has clocked a cumulative sale of 10,000 units in March 2018 which includes the models that were manufactured at Hindustan Motors facility near Chennai till early 2016. The Isuzu plant in SriCity came into operation from 2016 onwards when it was inaugurated by Nara Chandrababu Naidu, Chief Minister of Andhra Pradesh. Isuzu's manufacturing facility in AP has already begun exports to neighbouring countries of Nepal and Bhutan. 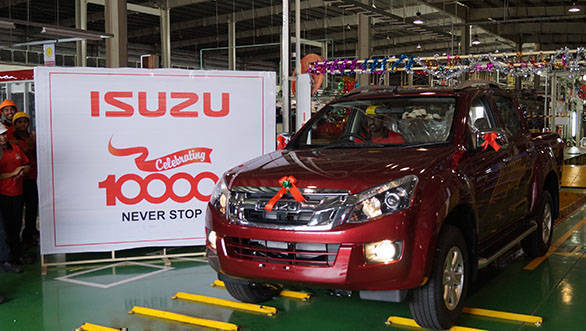 Additionally,  New spy shots have captured the 2019 Isuzu MU-X facelift undergoing testing the country for the first time. Although the test mule is fully camouflaged, it is easy to tell that it is the 2019 Isuzu MU-X owing to certain visible details including the distinct new headlamps. The 2019 MU-X will primarily feature cosmetic changes apart from a minor refresh to the cabin, and no mechanical changes from the current-generation SUV on sale in the country. Thepre-facelift MU-X was launched in India during May 2017, replacing the MU-7 SUV. The facelifted MU-X will be launched here in early 2019, reports suggest. 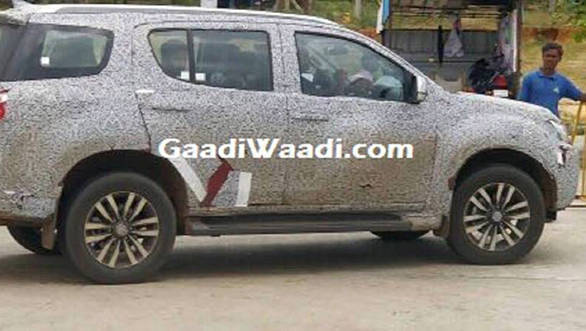 Mechanically, the 2019 MU-X facelift will come powered by the same 3.0-litre diesel engine as the current MU-X.

The Isuzu MU-X facelift features updated projector lamps with integrated LED DRLs as seen in the spy shots, as well as a revised grille and front bumper design. The latter now sports larger round fog lamps and chrome inserts. The body lines from the sides remain unchanged, but the 2019 MU-X alloy wheel will sport a new design.