Ford India is all set to unveil it global small car concept, the Ka today. The Ka concept was first unveiled in Brazil in November 2013. It is part of Ford's global one car strategy and previews the next-gen of compact B-segment hatchbacks. Interestingly enough Ford already sells the Ka nameplate in some countries.

The global demand for these vehicles is expected to reach around the 6.2 million mark by 2017 and Ford is preparing to meet this need with the sub B-segment compact hatch.

The Ka concept in India will in all probability be positioned above the Figo. Ford India may rebadge the Figo as a Classic. There is also a possibility of a sub 4-metre sedan based on the Ka's platform.

During the Brazil unveil Ford had said that the Ka concept will have class leading interiors, superior performance and above all superb fuel efficiency. It will also have features like Ford Sync multimedia system and many more found only in cars twice as expensive as the Ka concept.

More details about the Ka concept will emerge at the unveil today in India by Ford. Stay tuned. 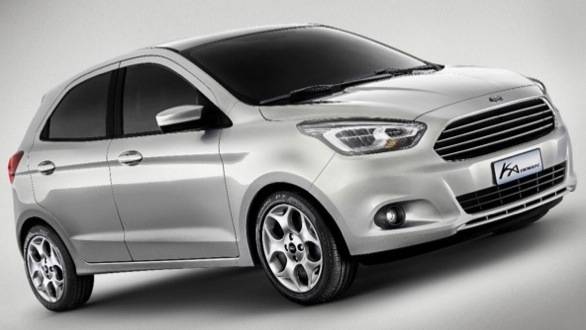