Fans of Group B Rallying will certainly love to see this car make its presence felt at the 2014 Auto Expo. Why, you ask? Well, because even though the i20 WRC looks, how shall we put it, quirky, it still features that terrific Shell logo on its side that makes us think back at once to the glory days when a little Peugeot 205 T16 would set rally stages on fire. 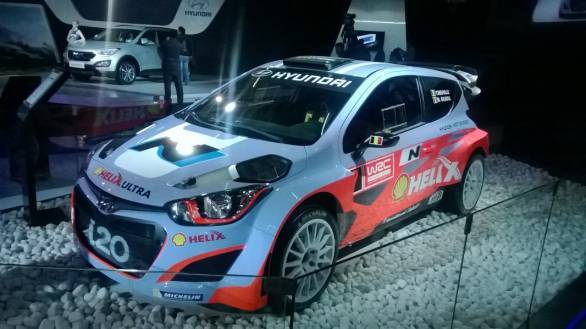 The i20 WRC is essentially the car that Hyundai is making a rallying comeback with as a part of the Hyundai Shell World Rally Team. The car is, as the name and the look of it suggests, based on the Hyundai i20 that is so popular on Indian roads. Only it's certainly got enough going for it to make it rally ready - rollcage, bucket seats, five-point harness, etc. 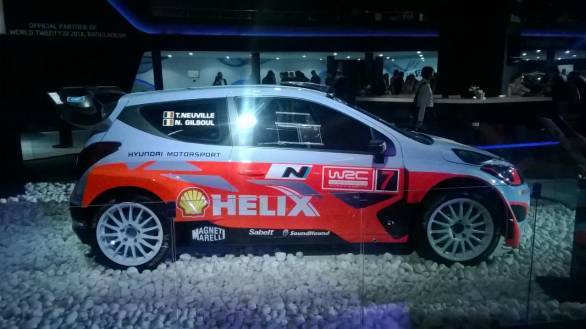 While the Rally i20 has had one outing so far (the ongoing Rally of Sweden is its second outing) - with Hyundai fielding two cars at the 2014 Monte Carlo Rally - it hasn't met with much success. Both drivers Thierry Neuville and Dani Sordo retired from the event. But there's an entire season left to go, so you never know what might happen. Especially since before the i20 was put out of contention at the event, it certainly did prove its pace.