Triumph Motorcycles have launched the Daytona 675 in India at Rs 10.15 lakh, ex-Delhi. OVERDRIVE.in was the first to break the story of the launch. 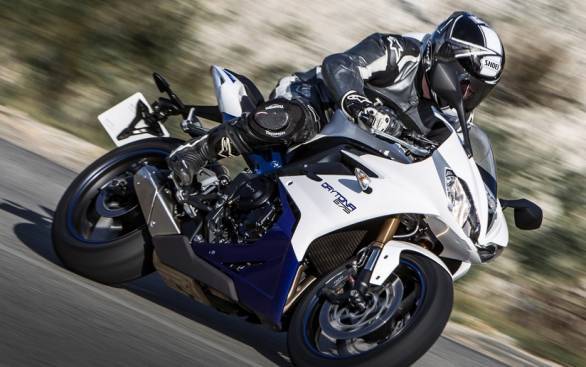 Both front and rear KYB suspension are fully adjustable and come with low- and high-speed compression damping adjustment, making the Daytona as forgiving on the road as it is focused on the track.

The 675cc supersports gets lighter wheels that makes it easier to turn in at corners. Triumph has put the race-derived Pirelli SuperCorsa tyres on the Daytona that gives the Daytona excellent grip o lean angles.

The 675's frame is made from eight castings and the swingarm pivot position can be adjusted as per your riding style and the conditions. The motorcycle gets Nissin radial callipers on the front and a lighter Brembo caliper on the rear.

Triumph had earlier launched the Daytona 675R along with nine other motorcycles at Rs 11.4 lakh ex-showroom Delhi. While the Daytona 675 priced Rs 1.25 lakh lower than the Daytona 675R, we still think that the supersports need to be less expensive to really hit the high notes, but the a lower priced Daytona is at least some part of the problem solved.