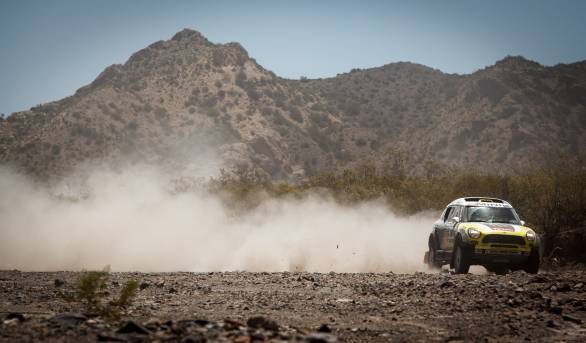 And here is where the going gets truly tough. The third day of running in the 2014 Dakar Rally saw competitors go from San Rafael to San Juan, but it was a tricky day indeed. Several competitors were caught out by the tricky terrain, while more were caught out by the difficulty of navigating through the stage. And it was precisely this sort of trouble that saw Stephane Peterhansel lose out his lead in the overall Dakar to Nani Roma.

While it was Sam Sunderland, who won the second stage of the rally, and set off first when the day's running began, he wasn't able to hang on to the lead for too long. He disappeared off the charts with a navigational error ruining his day, finally finishing 15 minutes off the pace of Joan Barreda Bort. The day's rallying was particularly gruelling thanks to the heat of the Andes. But despite it all, the two men on a mission to play catch up were Marc Coma and Cyril Despres. The latter managed to make good time, finishing second in the stage, a full 2 minutes ahead of his Spanish rival. This means the stage timings - with Barreda Bort first, Despres second and Coma third, are also the overall standings in the motorcycle class of the Dakar Rally after three stages. 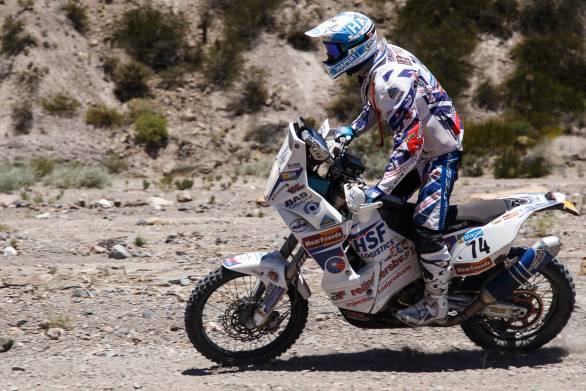 Navigational issues plagued the frontrunners in the car category as well. Stephane Peterhansel, Nasser Al-Attiyah, Carlos Sainz and Giniel de Villiers were all caught out, unable to find their way through the tricky stage. This meant they lost ground, lost time and were trailing at the first checkpoint itself. The man who got it all right during the third stage was Mini driver Nani Roma, putting him at the top of the timing sheets in the third stage, and also propelling him to the head of the overall standings in the cars category. Finishing second and third in the stage were Krzysztof Holowczyc also in a Mini and Leeroy Poulter in a Toyota Hilux. Nani Roma now also leads the Dakar Rally in the car class, with Orlando Terranova second and Nasser Al-Attiyah third, making it three Minis at the top of the timing sheets. 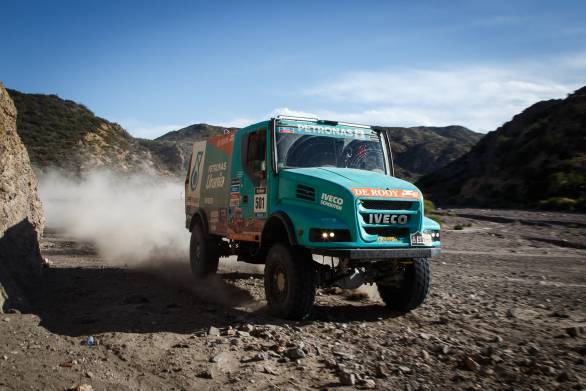 Iveco's Gerard De Rooy might have only finished second in the third stage, losing out to Andrey Karginov in a Kamaz, however the New Zealander still manages to retain his overall lead in the trucks category. Meanwhile, the overall leader in the quad bike category is Rafal Sonic.

The Dakar contingent now heads from San Juan to Chilecito, with the motorcycles running 353km while the cars will do upwards of 600km.