Honda has launched the much awaited City and as we expected the company has priced the car quite competitively with prices starting at Rs 7.42 lakh for the base E MT petrol and stretching up to Rs 11.1 lakh for the top end VX diesel (ex-Delhi). The company is offering 12 variants in all. Five for the petrol, five for the diesel and two for the automatic. The VX flagship grade gets a sun roof, push button start cruise control, leather upholstery and more.  See below for the variant-wise pricing. 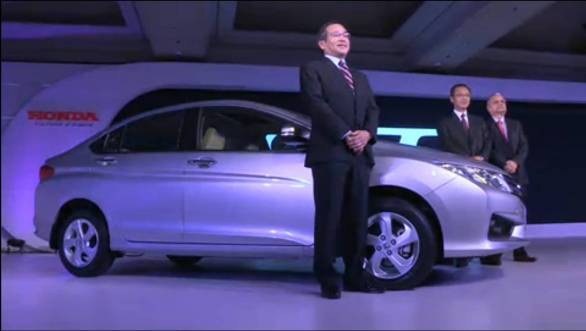 Honda officials with the all-new Honda

We have already driven the new City. While it may look similar to the outgoing car, Honda claims it is an all new machine. For the first time in the product's 14 year history Honda will be offering diesel power. The engine is the same 100PS 1.5-litre Earth Dreams diesel that debuted in the Amaze and should provide a great mix of performance and efficiency. Honda claims a very high 26kmpl that is higher than any of its natural rivals. The diesel engine comes with a six speed manual as against a five speed in the petrol. 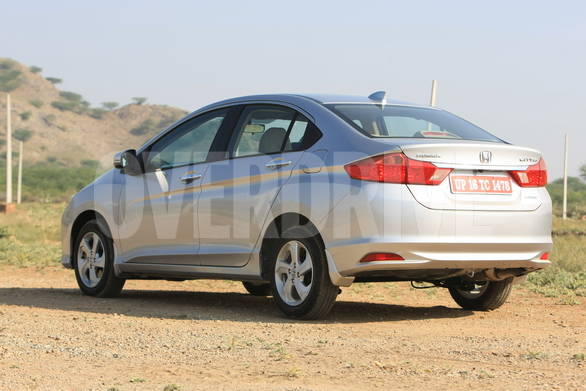 The rear features an evolved design from the previous model

The petrol engine itself is the same 1.5-litre iVtec from the old car and has 119PS as against the old car's 118. However torque has fallen to 145Nm vs the 146Nm from the old car. Interestingly torque now peaks 200rpm lower at 4600rpm which means the new petrol might be slightly more drivable as compared with the old car. Honda also offers the choice of a CVT automatic gearbox with the petrol. Honda claims 17.8kmpl for the manual and 18kmpl for the automatic. This makes the automatic not just more efficient than the manual but the most efficient petrol auto on sale in India today. 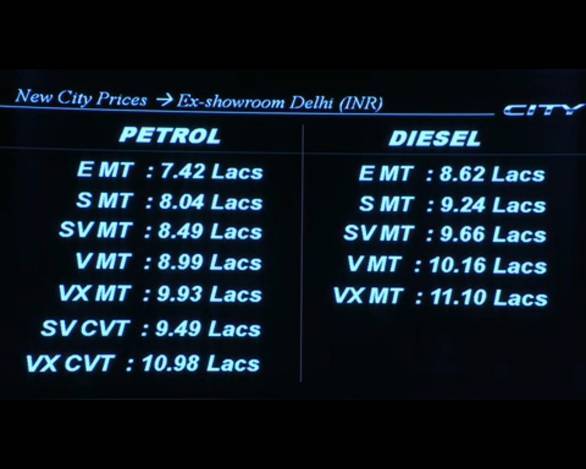 Honda has already opened pre launch bookings for the new City and have received over 9000 bookings before the launch. The diesel deliveries will start immediately while the petrol variants deliveries will start by mid February. From our first drive we discovered that the car is very good. Whether it's the best in its segment is a question that can be answered when we put it against the competition. Stay tuned.

Here is the variant-wise prices of the new Honda City, ex-Delhi