Mercedes has officially launched the diesel model of its S-Class, the S350 CDI in India at Rs 1.07crore, ex-Pune . This pricing means it is much cheaper compared to the S500 which was launched at Rs.1.57 crore (ex-Delhi) this January. 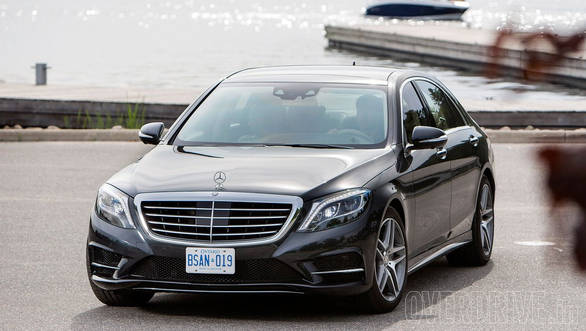 Mercedes had received a great response to the new S-Class even though it was only available with a petrol engine till now. The S-Class diesel has a 3.0-litre V6 that produces 258PS of power and 620Nm of torque. All that power reaches the wheels via a 7G-Tronic Plus automatic gearbox. The S-Class is bound to retain its dominant position in the luxury segment. Audi has also upped the ante by launching its refreshed A8 L with the brilliant Matrix LED lamps. The prices for the base 3.0-litre diesel A8 start from R s1.12 crore.

Jaguar has also prepped up its arsenal by launching the locally assembled XF 3.0-litre diesel at Rs.92.1 lakh giving it a huge price advantage over its rivals. It still competes directly with the BMW 730Ld which cost Rs.92.9 lakh.