Mercedes-Benz launched the new E350 CDI (diesel) in India today, adding to the existing E-Class lineup that comprises of the E200 petrol and the E250 diesel. There's also the E 63 AMG, but that's not included in the list for obvious reasons. As far as the more sober E-Class models are concerned, the E350 will be the new range-topping variant and available only in the Avantgarde trim. 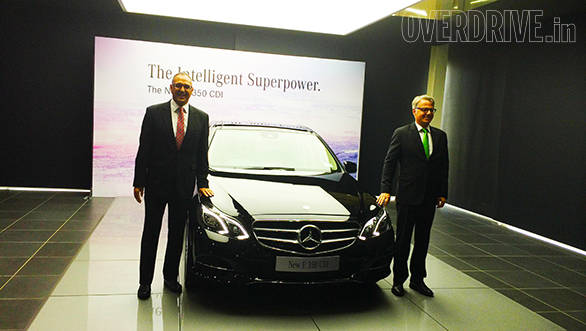 The E350 is powered by a 3.0-litre V6 diesel engine that produces 265PS of power and 620Nm of torque. The E350 CDI, says Mercedes-Benz, can manage to sprint from naught to 100kmph in 6.6 seconds. Visually, the car looks more or less similar to its other two siblings, save for the new multi-spoke alloys and the 350 badging.