Mercedes has launched its flagship car, the 2014 Mercedes-Benz S-Class in India at Rs 1.57 crore, ex-Delhi. The 'best car in the world' is currently available in a single trim (S500) in India and will be followed later by the S350CDI. Powering the S500 is a petrol V8 engine which makes 460PS of power and 700Nm of torque. It is mated to a 7-speed automatic transmission. In our tests, the S500 zoomed past the 100kmph mark in just 5.7s with a top speed of 250kmph.

The S-Class arrives in India three months after its global debut. It has already received over 30,000 pre-orders globally. CKD models to come shortly. 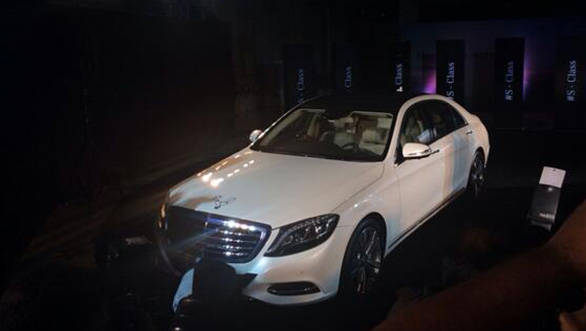 The S-Class has finally being unveiled

While the S-Class may be fast what it truly excels at is isolating it passengers from the noise and harshness of the outside world and cocooning them in complete luxury. The interiors of the car are almost entirely constructed in wood, metal and leather and there's very little plastic around. The sound system is one of the best we've ever experienced in a car and you can feel rather than hear the bass. This is because Mercedes has designed the very construction of the machine such that the body shell acts as a resonance chamber for the 24 speaker Burmester masterpiece. 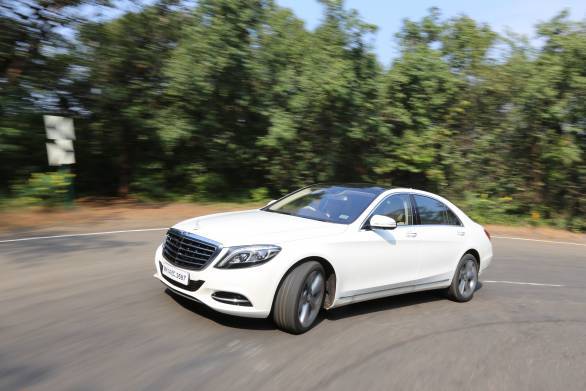 Even the airconditioner diffuses the air coming out so the passengers aren't hit by a harsh blast of air. The climate control system also allows for diffusing a mild scent into the cabin. The rear of the car reminds more of the business class section in an aircraft with reclinable seats, massage function and flip up tables. You can read more about the S-Class in our full road test here.