The A7 has become a hugely successful model for its makers Audi over the years. After the current range of A7s in production were designed back in 2010, Audi has finally decided to facelift it with new design updates. The most prominent of them being the sharper, more angular LED headlamps. The front grille too looks more angular to accommodate the changes made to the headlamps. Apart from the visible changes in design, Audi has also updated its line up for the 2015 A7 and S7. 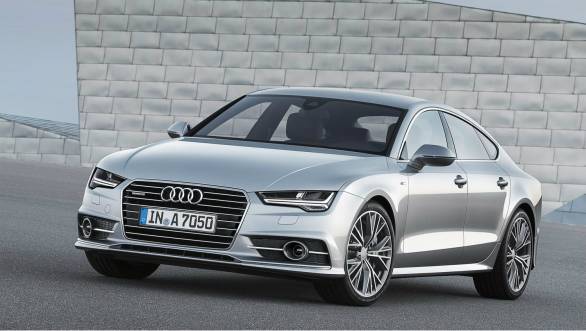 Moving to the interiors, a number of colour choices have been added which come with Beaufort walnut wood trim and Valcona leather options, seen on the A8. The A7 range also gets quite a few technological tweaks. Though the Audi MMI user interface remains unchanged, it now comes with a never before seen, supplementary head up display and built in ultra-fast LTE internet connectivity. Music lovers will also be pleased with the added Bang and Olufsen sound system. Apart from changes in the infotainment system, the new A7 and S7 will also feature new driving assists including cruise control and night vision. Audi also offers its latest safety technology in the form of 'stop-and-go traffic crawling' and its very own side assist and active lane assist. 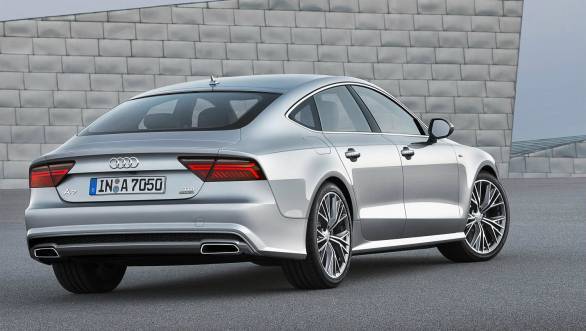 Under the hood changes have been also made, with a number of petrol and diesel variants now made available for the A7 and S7. The base A7 Sportback Ultra now comes with a 3.0-litre V6 engine which provides 221PS to the front wheels. The base diesel variant also comes with a 3.0-litre TDI engine which provides 275PS of power. While most models are fitted with the usual seven speed S-tronic gearbox, the top diesel variant comes with an eight-speed 3.0 biturbo diesel engine which sends out 325PS to all four wheels. The top end model of the S7 Sportback range though, has a 4.0-litre V8 engine with a maximum of 455PS of power, which is an increase from the current highest S7 variant in production (425 PS).
Expected to be launched in Europe in a few months, the 2015 A7 and S7 Sportback will be available in the US by the end of this year.