The 2015 Audi Q7 is based on Volkswagen's MQB platform, and is now almost 325kg lighter than the outgoing model, making it just under two tonnes, depending on the spec and equipment it is being optioned with. This is thanks to the numerous weight saving measures that Audi has employed while making the suspension, the seats, the exhaust system and even the cooling mechanism. 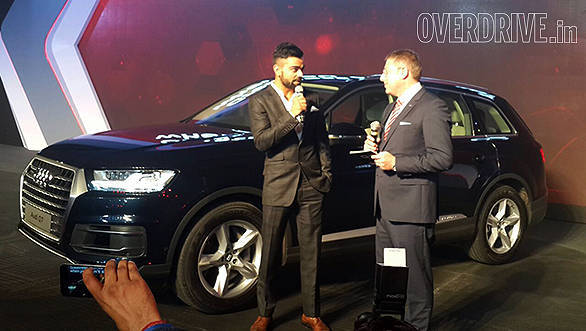 On the outside, the new Audi Q7 bears little resemblance to the outgoing model, with tighter lines and new headlamps that remind you of the A6 and A7. However, the airdams do look different from the Europe spec Q7, while the 21-inch wheels have been replaced with a more practical 19-inch set shod with 255-section Pirelli tyres. Overall, the styling is subtle when compared to the previous generation.

The interior of the 2015 Audi Q7 is refreshed as well with a new layout with four large display panels  the instrumentation, the infotainment screen and the two tablets for the second row.