Think fast Bentleys and the Continental family comes to mind. The Mulsanne on the other hand has always been about effortless pace masked by ridiculous levels of luxury. But now Bentley offers a new, faster version of the Mulsanne, quite fittingly called the Mulsanne Speed. 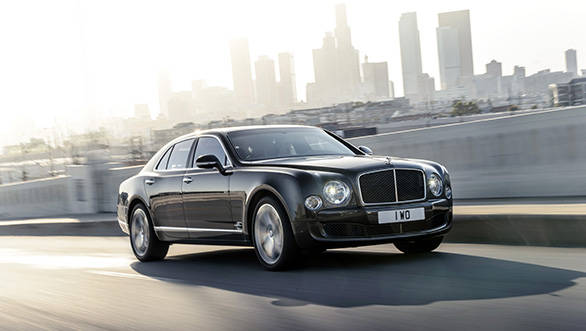 The Mulsanne's 6.75-litre V8 motor has been massaged for more 25PS more which brings it up to 530PS. But this push rod motor has always been known for its torque, and in the speed it reaches scarcely believable heights. There's 1098Nm of the twisting stuff at just 1750rpm. That kind of power means the huge and heavy sedan hurtles to 100kmph in just 4.9 seconds going on to hit a top speed of 306kmph. Bentley has tweaked the 8-speed automatic as well and it now features an S mode that keeps revs above 2000rpm so you're constantly in the meat of the powerband. Bentley will officially announce the Mulsanne Speed and its price at the Paris Motor show while deliveries will start later this year