2015 Corvette ZO6 is most powerful production GM ever

When GM first showed off the Corvette ZO6 at the Detroit Auto Show a few months back they claimed that its supercharged V8 engine would produce 'over 625PS'. That would make it massively powerful, way more than the previous ZO6 and close to the range topping ZR1's 638PS. However we now have confirmed news that the ZO6 makes a little bit more than that  a mind bending 650PS to be precise. This makes it the most powerful GM production car in history and one of the most powerful series production sports cars from the USA. Its rival the V10 powered Dodge Viper produces 640PS while the Ford Shelby GT500 just edges it out with 668PS. 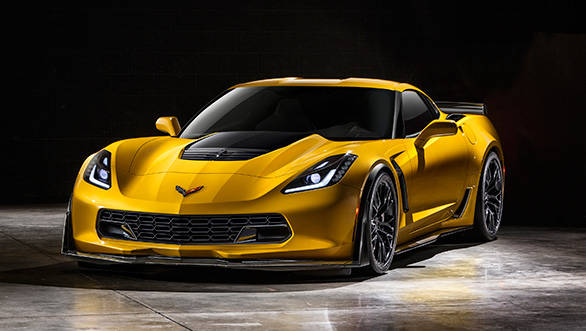 The Chevy's 6.2-litre LT4 V8 produces a mammoth 881PS at 3600rpm. But what beggars belief is that 619Nm of that torque is available from idle! 96 percent of the torque is then available at just 2800rpm while the engine further maintains 90 percent of its torque from 2500rpm to 5400rpm. This should make the rear wheel drive Z06 an absolute monster on the track, the environment it was designed to excel on.

The LT4 will be assembled at two plants - the new Performance Build Center at GM's Bowling Green Assembly Plant and at GM's Tonawanda engine plant in New York. The engine comes with a choice of a standard seven-speed manual transmission or an all-new, paddle-shift eight-speed automatic transmission. GM claims that this torque convertor box is aimed at offering quick shifting performance on par with the best dual clutch gearboxes available today. The ZO6 is one of very few cars available today with this much power that gives owners the choice of a manual or automatic gearbox.