Claimed to be tearing apart all past records is the 2015 Dodge Challenger SRT Hellcat. It comes with a 707PS engine which is more than what Dodge had initially hinted at. All that power comes from a 6.2-litre supercharged V8 engine. The torque figure is claimed at an even more impressive 881Nm. All that grunt is channeled to the rear wheels via strengthened eight-speed automatic transmission. The gearbox, internally known as the 8HP90 (previously 8HP70), has been upgraded to be able to withstand the massive forces the engine generates. 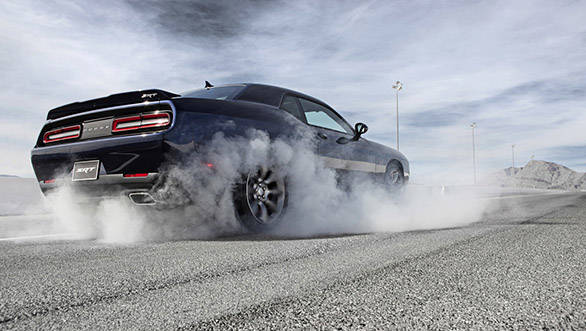 Dodge offers two key fobs with the Hellcat just like Bugatti did with the Veyron. Using the black key fob limits the power to 500PS while the red key unleashes the entire 707PS. Wonder what happens if the driver changes his mind halfway through the drive and decides he would like all 707PS. 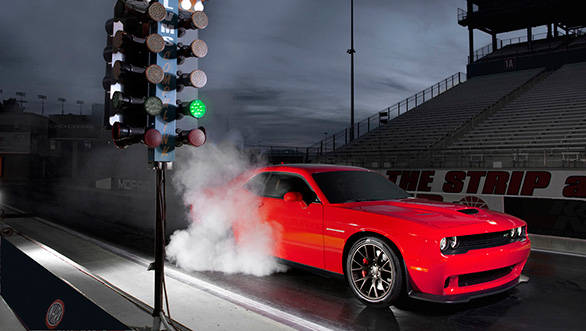 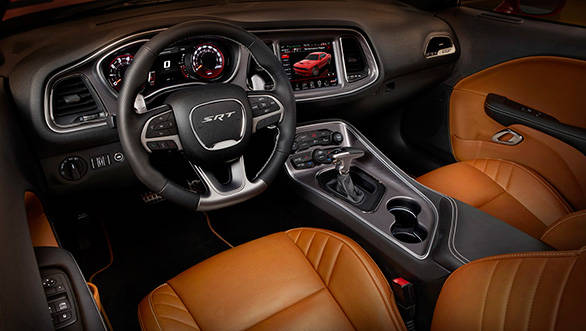 Dodge turns 100 this July and it seems to have the perfect gift in the Hellcat. This pushes the muscle car game forward to astronomical levels of awesomeness (and ridiculousness). Makes you wonder where the game will stop!