Take a good long look at the most powerful convertible Ferrari has ever put into production, The 458 Speciale A in case you were wondering, the A stands for Aperta (means open, but doesn't it sound so much cooler in Italian?) 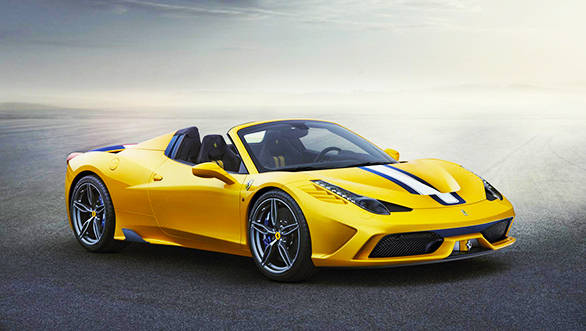 The Speciale A is a truly special car indeed with numbers limited to just 499 units before production ends. The roof takes 14 seconds to open or close and adds about 50kg to the Speciale's feather light frame. Besides that, the mechanicals are identical to the standard (if you could call it that) 458 Speciale. That means you get a 4.5-litre V8 that produces 597PS and 539Nm as it revs to a magical redline of 9,000rpm. Ferrari reports a 3.0 second run from 0-100kmph, which is just a tenth of the second slower than the coupe to 100kmph. The eye opening number however is a 9.5 second run to 200kmph, about the same time it takes India's hottest hatch, the Polo GT TDI to hit half that speed! 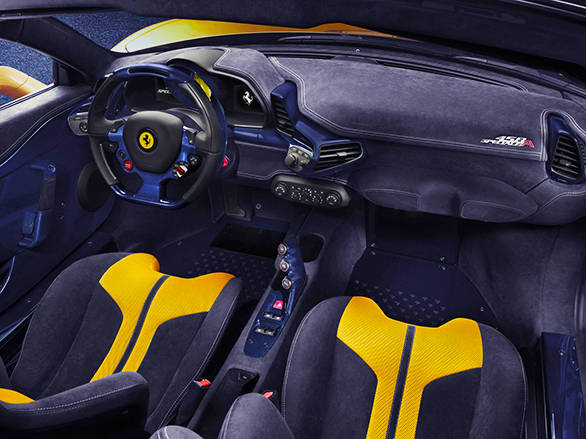 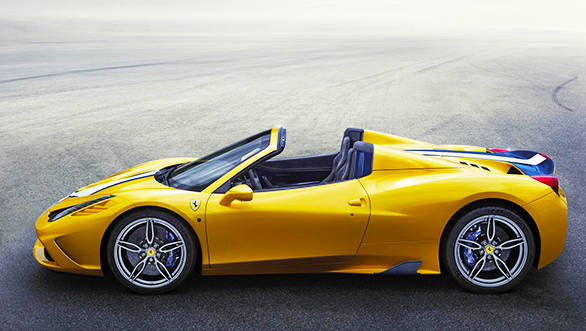 But what we believe makes the Speciale A truly err, special is that it brings the driver even closer to the incredible soundtrack. The 458 belts out a glorious and unique flat crank V8 note that begins as a roar and rises to a shriek at 9,000rpm. It's a noise that's sadly going to be lost in the near future as the 458 Italia's replacement is going to be turbocharged - great for power, not so good for noise. This last bastion of naturally aspirated, high revving V8 Ferraris will debut at the upcoming Paris Motor Show.