The first round of the FMSCI Indian National Motorcycle Racing Championship was held at the MMRT race track in Chennai from June 6-June 7, 2015. The two-day event witnessed some intense racing action as he youngsters battled hard to prove their mettle. Here is a comprehensive report of the races. 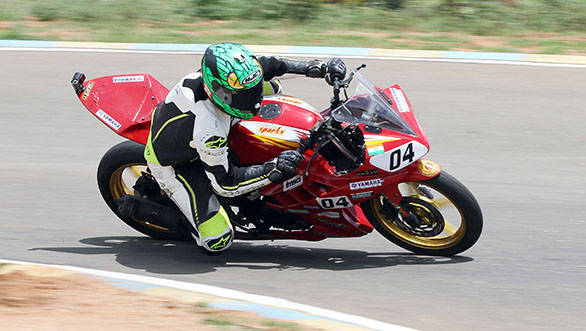 Day One
Day One turned out to be a spectacular showcase of racing talent in India. In the Group D (130cc) Novice Class, 20-year old Deva Umapathy won top honours in the 10-lap race. Starting from P2, Umapathy took the lead into the first corner and managed to stay there till the chequered flag was waived.

Pole sitter Kanan K, who races for TVS Racing, failed to capatilise on his start position. In an attempt to regain lost ground he careened into the gravel trap in C1 on two successive laps thus losing out on a chance to atleast salvage a podium position. Yashvin Kumar finished second after overtaking Sivansenan on the final lap. 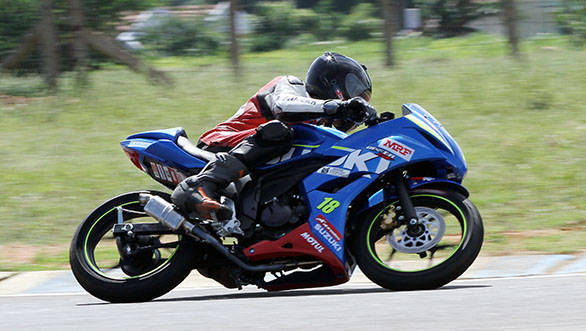 The qualifying rounds too witnessed some intense battles. In the Group C Open Class, Ten10 Racing's Mathana Kumar took pole with a blazing lap time of 1 minute and 16.958 seconds.

Kishore VS of Apex Racing grabbed pole position in the Group D (165cc) Novice Class by setting a time of 1:21.353. 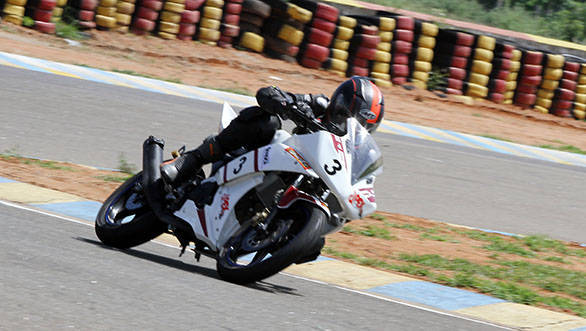 In the Group C (165cc) Open Class, Mathana Kumar of Ten10 Racing rode a brilliant race from pole position and won both the races. The 23-year old was astride a Honda CBR and he won in a commanding fashion. 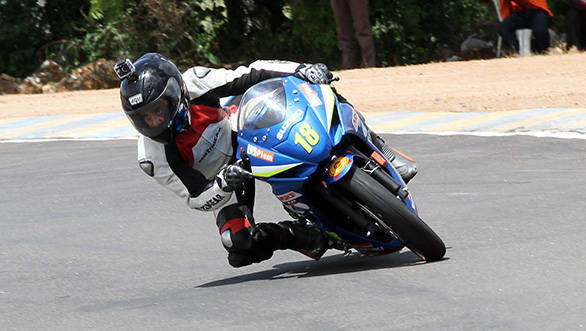 Vishwadev Muraleedharan of Sparks Racing, was also a double race winner in the Group D (165cc) Novice Class. The 22-year old finished over 4 seconds ahead of Amarnath Menon K.

The third racer to score a double win was Abhishek Vasudev. The racing instructor from Bengaluru won in the Suzuki Gixxer Cup Open Class. Amarnath Menon K won in the Novice Class of the one make series with a two second lead over the next rival. 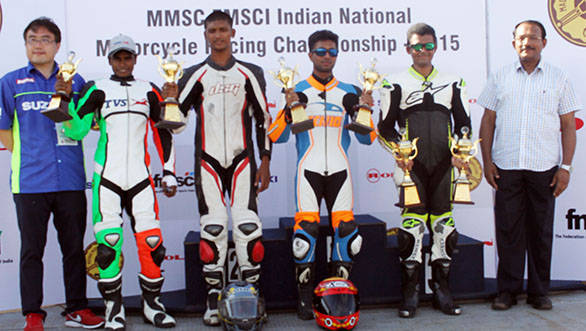 In the Group D (130cc) Novice Class, Kannan Karnan won the second race after a heroic ride at the MMRT. The 20-year old had sustained injuries in race one after crashing at the first corner and was riding in Race Two with stitches on his left palm. He passed Yashwin Kumar on Lap Six and maintained the position till the end of the race. 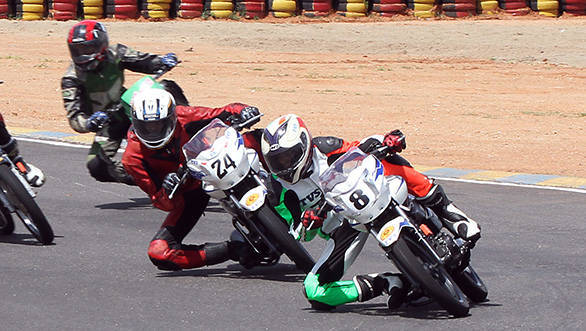 The sore point in the two day event was the disqualification of Deva Umapathy.The winner of Race One in the Group D (130cc) Novice Class, he was found guilty of a technical contravention, thus handing the win to Yashwin Kumar.