Jehan Daruvala of Sahara Force India Academy earned two podium finishes in Round 6 of the Formula Renault 2.0 NEC series at the Nurburgring circuit. Still in his first year of driving Formula cars, Jehan qualified fourth on a damp track for the first race. He managed to hold on to that position for half the race until it started raining and the Safety Car was deployed. At the restart, his teammate Stefan Reiner closed in and overtook Jehan when he ran wide at the first corner. He finished fifth, but earned a podium with the Best Rookie trophy. 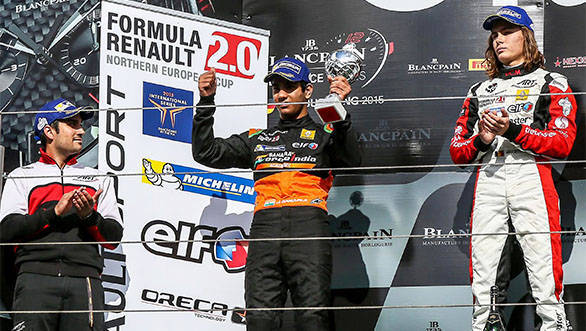 Jehan Daruvala (centre) on the podium after his second-place finish

"I had to defend my line into the first corner as three of us entered side by side. I was never in any danger after that. At the restart after the safety corner, I made a small mistake and ran wide. That allowed Reiner to overtake me and I was unable to challenge him again," said Jehan.

For the second race, he qualified third, just two tenths of a second behind the pole-sitter. During the race, Jehan held on to this position for a few laps until he made a mistake and spun, losing his position to Max Defourny. However, after a short Safety Car period, race leaders Ukyo Sasahara and Louis Deletraz drove off the track as they fought for first. This immediately bumped Defourny and Jehan to first and second places, which they maintained till the end of the race. 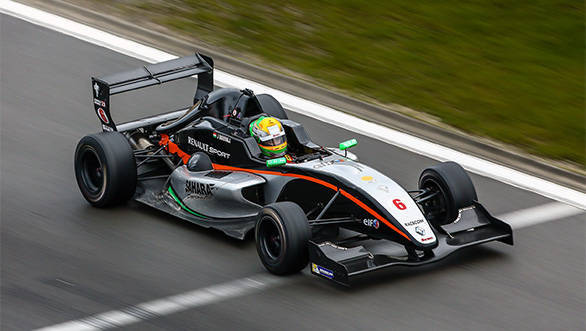 At the end of the race, Jehan mentioned, "Race two has been my best result for the year, but was a mix of emotions for me. I could have had my first win if I had not made a mistake earlier by going onto the wet astro turf, which caused me to spin 360 degrees. Fortunately, I recovered the car in time and lost only one position to finish second."

These two podiums mean that Jehan stands second in the Rookie Championship with one round left to be held this season at the Hockenheim circuit.