Ferrari has unveiled their latest open-top V8, the 488 Spider. It will the share the same 3.9-litre turbo-charged V8 seen in the 488 coupe, which produces 670PS of power using a Variable Torque Management system. This engine is also capable of 760Nm of torque at 3,000rpm. Ferrari claims that the 488 Spider will do 0-100kmph in 3 seconds and 0-200kmph in 8.7 seconds, with a throttle response of 0.8 seconds. 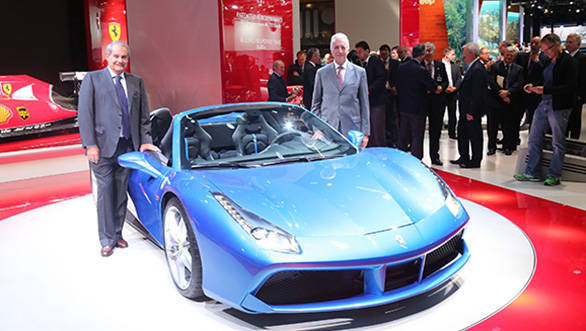 The 488 Spider has been built with 11 different 6,000 series aluminium alloys that make it light and at the same time maintain the torsional rigidity and beam stiffness of the coupe. Ferrari says that the chassis performance on this convertible has been improved by 23 per cent over the 458 Spider. 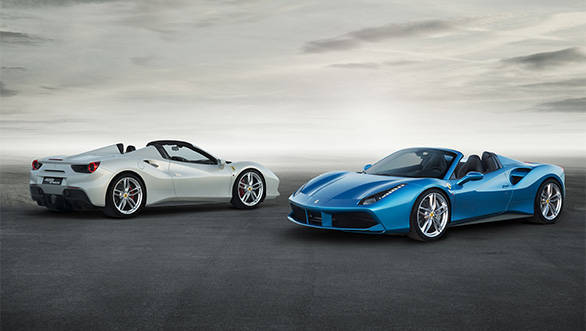 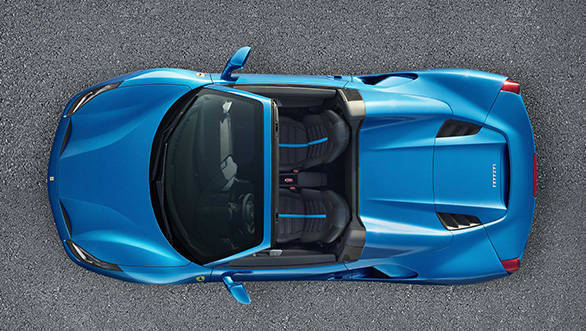 The 488 Spider uses a retractable hard-top that was first seen on the 458 Spider. This can be raised or lowered within 14 seconds even on the move. The car also gets a new SSC2 Side Slip Angle Control system that makes it more forgiving to drive for amateur drivers. 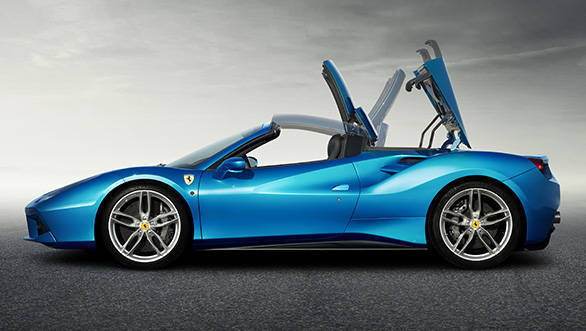 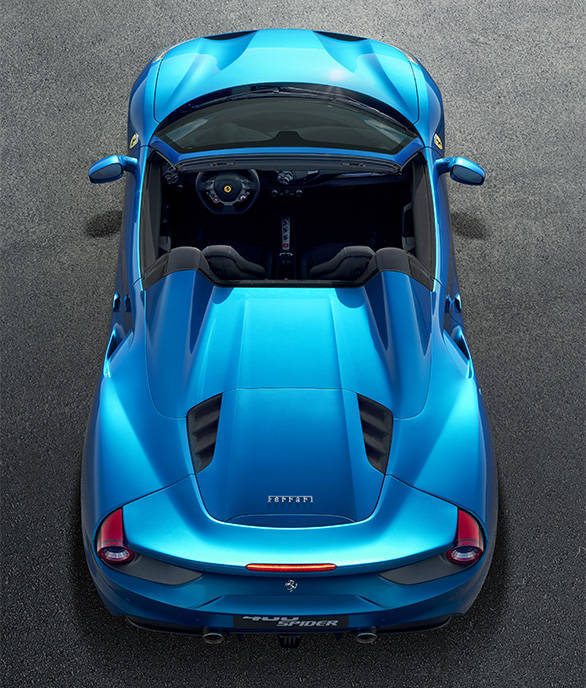 Ferrari also say that the exhaust note on the 488 Spider has been tuned to be "seductive but never invasive when the top is dropped." They have done so using exhaust headers with longer, equal-length piping and the flat-plane crankshaft.

The Ferrari 488, along with all the other models in the Ferrari fleet, will now support Apple CarPlay. This new convertible will be sold in a Blu Corsa colour scheme.

FRANKFURT WORLD PREMIERE FOR THE 488 SPIDER, FERRARI'S MOST HIGH PERFORMANCE 8-CYLINDER DROP-TOP EVER