Audi has taken the wraps off the new generation Audi A4 sedan. The new car features an all new styling as well as a brand new interior that should give the A4 some much needed artillery to tackle the Mercedes-Benz C-class.

The front end gets a new grille that looks a lot like the Audi TT. The headlamps too are sleeker than those on the predecessor. The LED element in the headlamps are also revised and contribute to the sharper face of the new Audi A4. 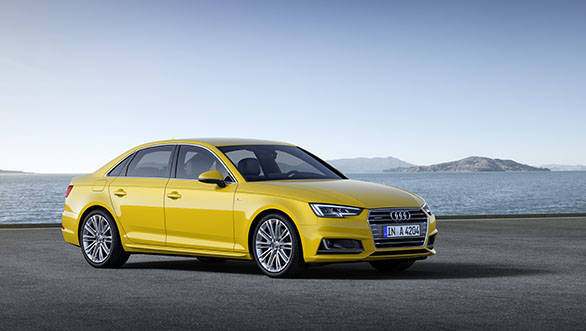 The side profile may look similar to the outgoing model and that is mainly attributed to the sharp crease line that runs across the length of the car. Audi, however, says that every body panel on the new A4 is new. The rear is a typical Audi shape with new LED tail lights that are sleeker and gel well with the overall design. 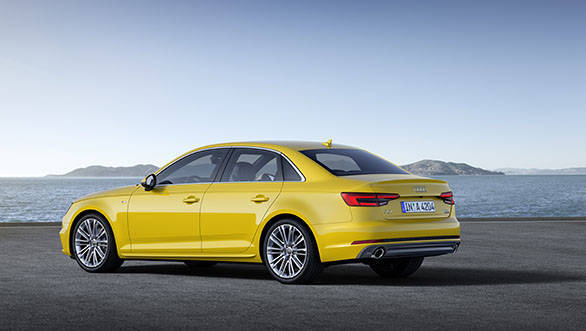 The new A4 is longer by 25mm and wider by 16mm in comparison to the current A4. The height remains the same. Audi has used the MLB platform to develop the new A4 that sees results in an increase in wheelbase to 2,820 mm, an increment of 12mm.

Audi says that it has incorporated hydro-formed steel and aluminium to construct the bodyshell and panels that has led to a 120kg weight reduction over the current generation A4. 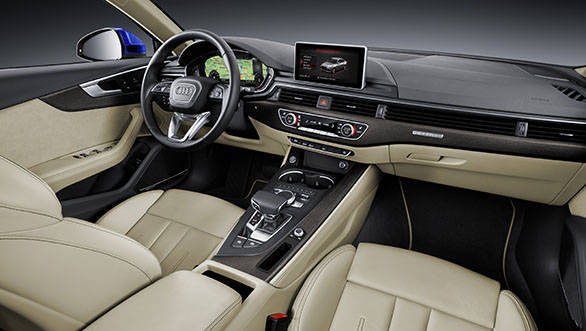 The interiors feature a quintessential Audi layout. The new MMI screen sits above the centre console and the AC vents stretch across the length of the dashboard, acting like a distinguishing element between the top and bottom half of the dashboard. The steering is a three spoke unit and is tastefully finished with a nice aluminium bottom spoke. The instrument cluster is also all new and resembles the unit in the Audi TT. The cluster features an integrated GPS display alongwith readouts for speed and engine revs. 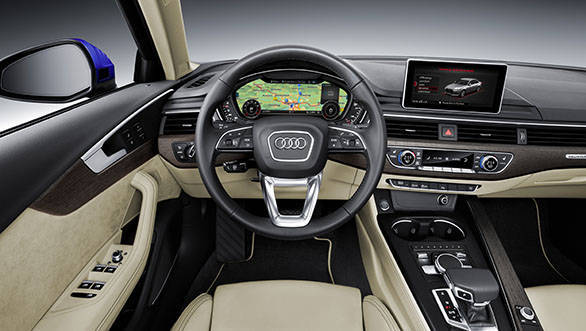 Apart from the usual safety bits such as airbags, ABS, ESP and the works, Audi has also incorporated a pre-safe city braking system that prevents collisions at speeds up to 40kmph. The system uses an on-board camera that monitors traffic movement. If the car ahead brakes suddenly, there will be acoustic warnings before the system applies the brakes if the driver fails to react in time.

Audi has lined up seven engine options internationally, three turbo-charged petrols, two-four cylinder diesels and two V6 oil-burners. While the base petrol is a 1.4-litre unit that produces a healthy 148PS, the most powerful of the trio is a 2-litre TFSI that produces 248PS. 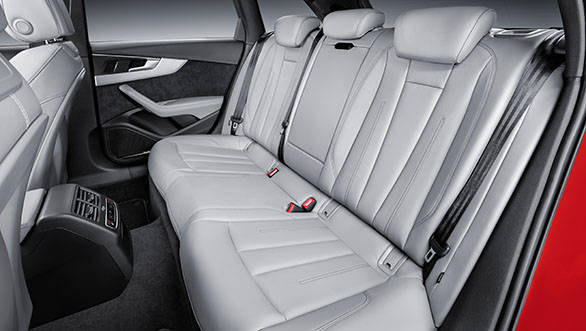 The four-cylinder engines will come with an optional, newly developed, 6-speed manual transmission. The new A4 will also come with the option of a revised version of Audi's S tronic automatic gearbox. This 7-speed dual clutch transmission will be available for the first time on a front wheel drive Audi. The base V6 diesel also gets the same gearbox. The range topping V6 gets an 8-speed autobox.

The new Audi A4 was long overdue and the new, World Car of the Year, the Mercedes-Benz C-Class was posing a serious threat to the A4. It would be interesting to see how the new A4 squares off against the Stuttgart contender in a head to head comparo.

The India launch of the all new A4 is expected soon after the international launch.

For more stories from OVERDRIVE on the 2015 Frankfurt Motor Show, click here