Porsche has showcased the Mission E concept, which could possibly be the direction that the company is heading towards in future. It is the first all-electric four-seat Porsche that has ever been developed by the brand and will use an 800V drive system that makes 600PS of power. Porsche claims that the Mission E can hit a 100kmph from standstill in under 3.5 seconds, and also that it has a driving range of 500km. It will get an all-wheel drive system that activates when needed and also an all-wheel steering system similar to the one on the Porsche 918. 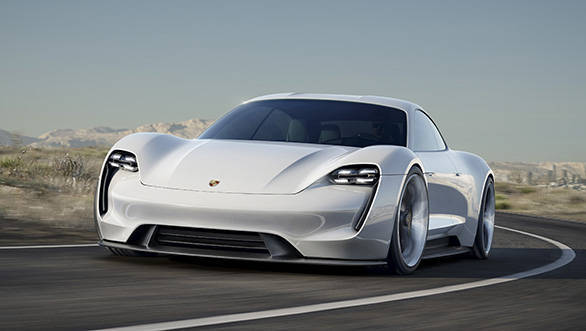 The 800V drive system on the Mission E uses two permanently-excited synchronous motors (PSM) similar to the ones used on the Porsche 919 Hybrid that won Le Mans this year. The concept will also feature a brake energy recovery system seen in most hybrids these days. Porsche also says that it will hit 200kmph in less than 12 seconds. Porsche claims that the Mission E has clocked a lap time of less than eight minutes around the North Loop of the Nürburgring. Another impressive feat that Porsche claims is that the Mission E can be charged to 80 per cent in just 15 minutes using the Porsche Turbo Charging system. The charging port is located under a moveable body panel located on the front left wing. A secondary mode of charging the battery is through inductive charging, wherein the owner needs to park the car over a coil embedded in the floor of the garage, which transfers energy without the use of cables. 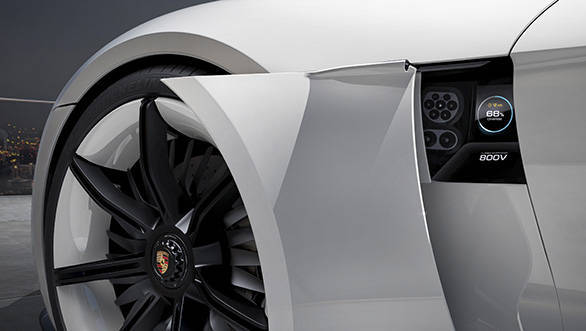 On the inside, the instrument clusters are naturally operated by eye-tracking and gesture control, with some of them being holograms. The four light-weight single seats were designed using race bucket seats as a base. The instrument panel displays five round instruments through an OLED display unit. The information in these instruments varies depending on which of the six driving modes - Connected Car, Performance, Drive, Energy and Sport Chrono - has been chosen. The Mission E does not have ORVMs. Instead it uses cameras on either side of the car that display the surroundings at the corners of the windscreen. 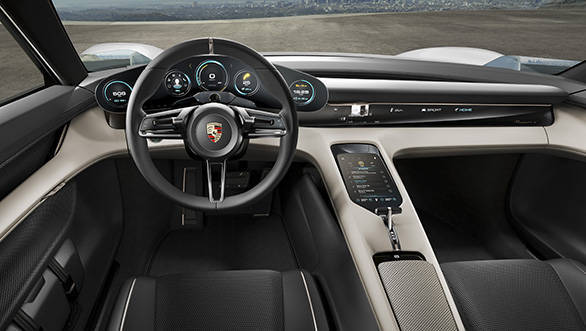 The eye-tracking system is a rather innovative concept that Porsche has introduced in the Mission E. It uses a camera to track the driver's eye movement and figure out which instrument he/she is focusing on. By pushing a button on the steering wheel, that particular instrument can be navigated on the screen, again, via eye-tracking. And if this isn't enough, the 3D display adjusts the information according to the driver's seat position and body structure, in what is known as a parallax effect. 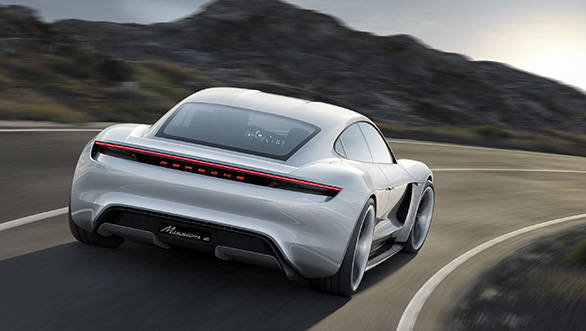 The dashboard gets a 3D display unit that stretches all the way to the passenger side. Through this display, the driver or passenger can select apps to control applications like media, navigation and climate control, touch-free. The touch-display on the centre console can be used to pull up any other menus or information.

The Porsche Mission E can be configured and programmed externally through a tablet using Porsche Car Connect. The driver can use Over the Air and Remote Services to update services and change the functional content overnight. Porsche Connect can also be used to connect with a Porsche centre to schedule appointments or run remote diagnostics. The Remote Services feature also supports a digital key function. This ensures that only the owner and people authorised by the owner can unlock the car. 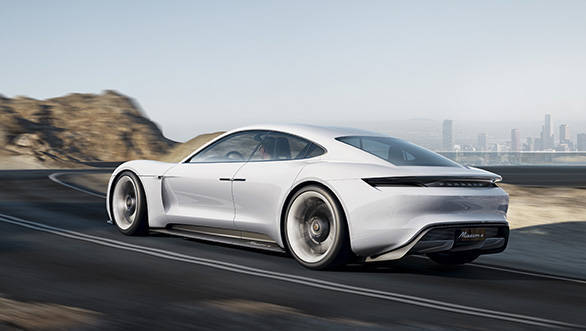 The Porsche Mission E's entire body is made up of a mix of aluminium, steel and carbon fibre reinforced polymer. The 21-inch front wheels and 22-inch rear wheels are made of carbon. The battery, which is developed using the latest lithium-ion technology, is mounted in the underbody and is spread across the length of the car to distribute weight uniformly to the two drive axles. This also results in a good centre of gravity and good balance. 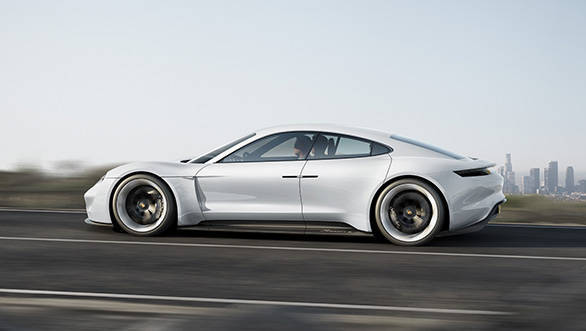 The styling cues of the Mission E resemble those of the 918 Spyder and other Porsche race cars. The four-point Matrix LED headlamps lie within the air inlet while the rear end gets an illuminated three-dimensional Porsche badge on the black glass element. The overall design resembles that of a 911 except that it features two counter-opening doors without a B-pillar.

PORSCHE AT THE 2015 FRANKFURT MOTOR SHOW