Land Rover is set to showcase the 2016 Range Rover Evoque at this year's GenevaMotor Show and just before it does so, the company has released images and features of its luxury SUV. The changes have been carried on the exterior, the interior and the mechanicals. 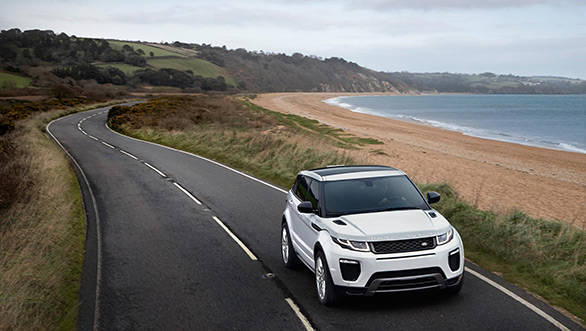 The new Range Rover Evoque sports two new front grille designs. The standard grille has a fine mesh pattern while the Dynamic iteration will have a hexagonal shaped grille. The new Evoque also gets a new front bumper with large air dams that add to the sporty stance of the vehicle. The company has also introduced bonnet scoops in the five-door HSE Dynamic and Autobiography variants, which previously were only seen  in the coupe-styled Evoque. The rear spoiler is all new with a sleeker, integrated stop lamp and new roof fins which have a 3G antenna for better mobile phone signal reception. 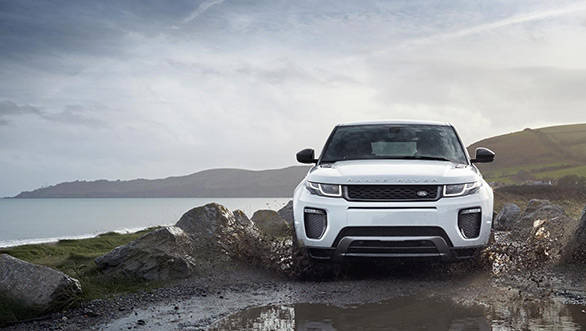 Land Rover has also introduced fully adaptive LED headlamps for the first time in its vehicles. The company says that the new headlamps are energy efficient and reduce the strain on the Evoque's electrical system. In addition, three new alloy wheel designs debut with the 2016 Evoque. 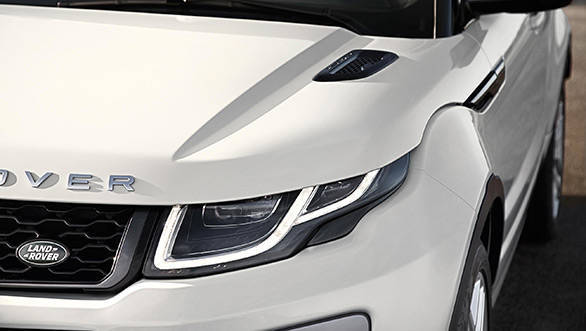 The interiors have been fitted with new seats and instrument cluster. The seats in the top trims will feature optional massage seats which are 14-way electrically adjustable. An eight-inch touchscreen infotainment system adorns the dashboard. The system features Incontrol Touch that enables users to swipe between screens just as they would while using a smartphone. An Incontrol Plus equipped system in the top models consists of HDD-based navigation, wireless digital headphones and an option of either an 11 or 17 speaker Meridian sound system. 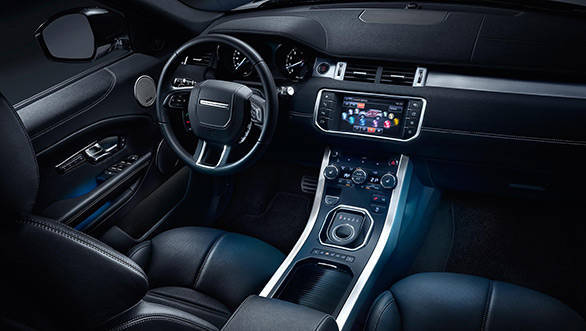 The 2016 Range Rover Evoque will also debut with the company's newly developed diesel engine called the Ingenium TD4. This all aluminium, four cylinder unit is lighter by almost 30kg when compared to the previous diesel. The engine will be available in two states of tune, 150PS and 180PS, depending on the model. By adopting an array of technologies such as Variable Valve Timing (VVT), selective catalytic reduction and a new low pressure exhaust gas recirculation system the new diesel engine is 18 per cent more efficient than the previous diesel engine, says Land Rover. In fact, the company has declared the new Evoque as the most efficient Range Rover in its history. The most efficient of models will bear a blue coloured Evoque badge.

The Evoque will also come with an option of a 240PS petrol engine, badged the Si4 which propels the vehicle from 0-100kmph in 7.6 seconds, according to Land Rover. 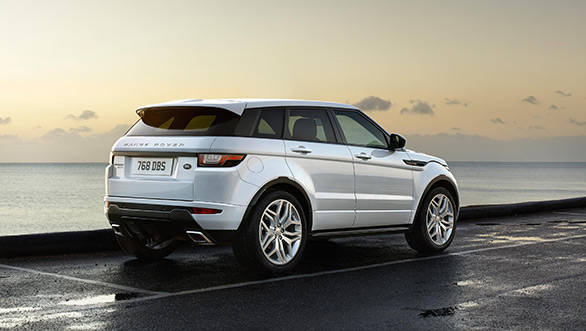 Land Rover will also introduce its All Terrain Response System (ATPC) in the 2016 Evoque, a feature which was only available in its Range Rover and Range Rover Sport models that are priced significantly higher that the Evoque. The SUV is loaded with a host of safety features such as Lane Keeping Assist, Attention Assist and Autonomous Emergency Braking. However, there is no word on which feature will be skimped and what will be retained for the India-spec model.

Land Rover will offer the new Evoque with a choice of three variants namely, the SE, HSE Dynamic and the range topping Autobiography.