The Ford Ecosport has been a fortune mill for Ford ever since its launch, thanks to its 200mm of ground clearance and butch SUVish looks in a compact and practical package. The virtues of this urban prowler from the American manufacturer has struck the right chord with buyers, especially in India.

So, at the 2015 Geneva Motor Show, Ford announced that it will upgrade and extend the Ecosport range and while at it,  revealed the refreshed Ford Ecosport with an S badge. 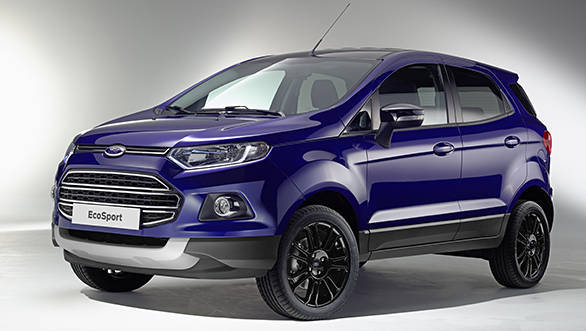 The most notable change is at the rear, where the new Ford Ecosport does away with the tailgate-mounted spare wheel. The spare wheel will be available as an option and instead Ford will supply a tyre mobility kit. The kit comprises of an air-compressor with a gauge and a canister that contains a tyre sealant. In case of a puncture, the driver will have to connect the device to the valve of the flat tyre which in turn injects the sealant as well as re-inflates the tyre. Power for the kit is sourced from the 12V socket in the car. However, in case, there is damage to the sidewall, one may have to call for Ford's roadside assistance. 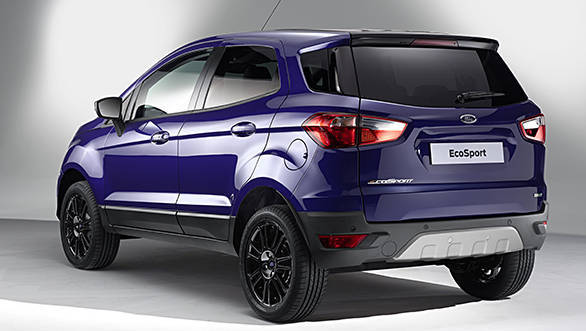 Ford also says that it has revised the ride and handling characteristics of the new Ford Ecosport. Revisions include a 10mm decrease in ride height, improved power steering system and Electronic Stability Control (ESC) and re-tuned suspension with a reworked rear twist beam.

The interiors also get a brush over, including stylish upgrades and a new look instrument cluster. The Sync screen is now a colour display and the handbrake position has also been optimised for better accessibility, says Ford. 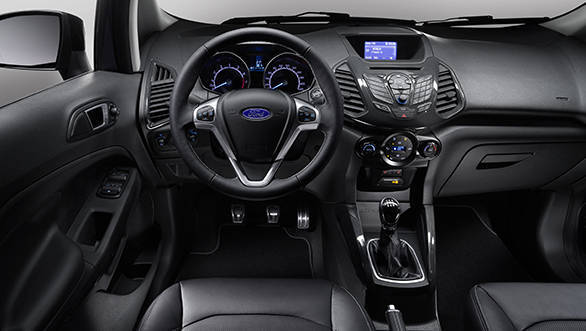 The NVH characteristics of the new Ford Ecosport are improved to offer an even better in cabin experience says Ford. The company says that this was achieved by utilising thicker sound deadening materials in the  doors and dashboard and tighter seals around the pedals. The TDCI and Ecoboost engines produce additional torque and the diesel engine gets a power boost by 5PS.

There is no word yet on when Ford will launch the new Ford Ecosport in India..