The recently held 2015 Geneva Motor Show showcased the newest cars that the automobile world has to offer, both concept as well as production ready. In addition to these, component manufacturers also displayed their new offerings. The  Goodyear Tire & Rubber Company showcased two concept tyres at the 85th Geneva Motor Show that highlight technology infused into what to laypersons is simply rubber. 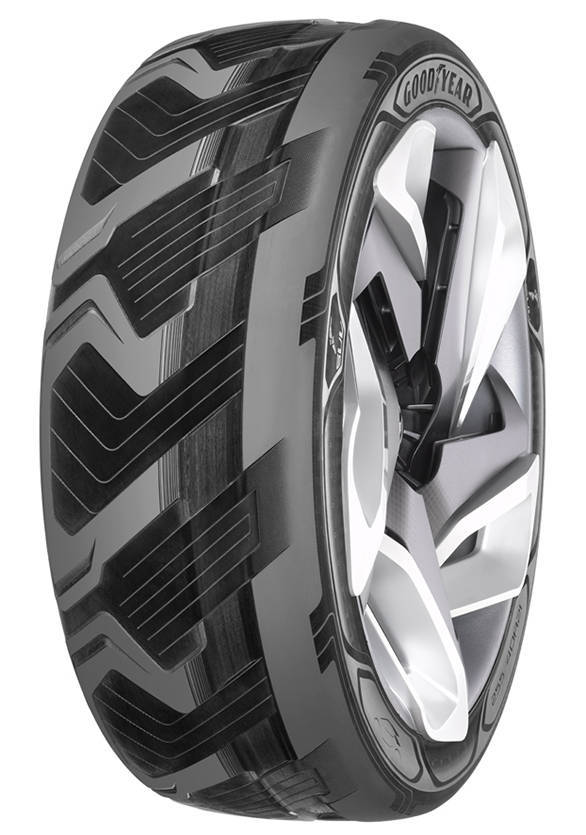 The first concept is called the BHO3. The tyre contains materials that harness and convert the heat energy that is generated by a rolling tyre into electricity which can then be used to power the car's electrical components. Goodyear adds that the BHO3 will be of significant importance in the future and will serve as a critical aspect in electric vehicles.

The second concept tyre is called the Triple Tube. As the name suggests, the tyre contains three internal tubes that spread across three zones in the tyre - one beneath the tyre tread and remaining two are on the inboard and outboard shoulders of the tyre. An internal pump pushes air from the main chamber to the three tubes, says Goodyear. 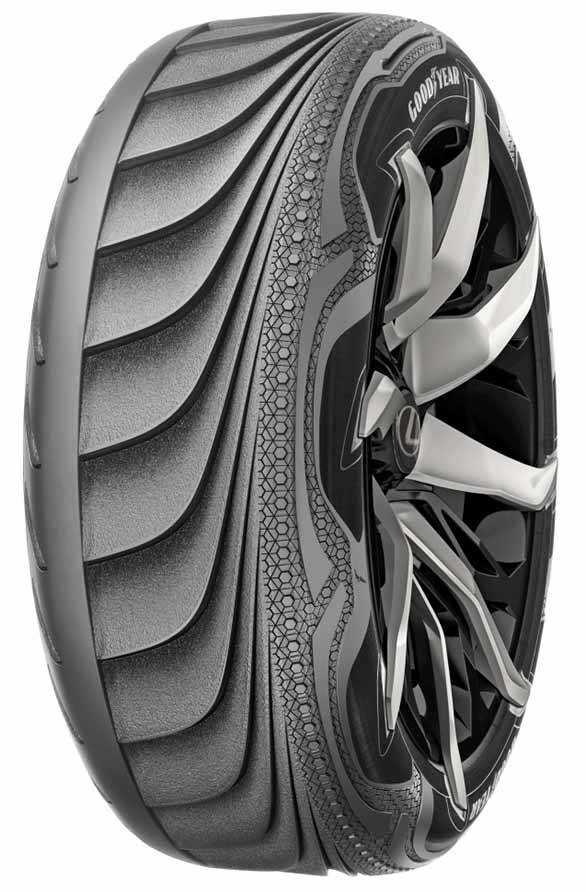 The Triple Tube tyre automatically adjusts to three different positions namely, the Eco/Safety position, Sporty position and the Wet Traction position. Depending on the road conditions, the first position reduces fuel consumption by lowering the rolling resistance, the second improves tyre contact patch and hence grip, while the third position raises the central tread of the tyre, helping it stay in contact with the road surface by resisting aquaplaning, says Goodyear.

Speaking at the unveiling, Goodyear's senior vice president and chief technical officer, Joe Zekoski said, "We envision a future in which our products become more integrated with the vehicle and the consumer, more environmentally friendly and more versatile."

Goodyear Concept Tires Offer a Glimpse of the Future