Though based largely on the 911 GT3, the GT3 RS makes use of an uprated 4.0-litre straight six engine that develops 500PS of power and 460Nm of torque  25PS and 20Nm more than the 3.8-litre unit powering the GT3. From standstill, 100kmph comes up in 3.3 seconds and 200kmph, in 10.9s. The GT3 RS' engine is the largest and most powerful engine on any production Porsche currently.

Though Porsche hasn't given out an exact figure, the company claims that the 911 GT3 RS has lapped Nürburgring's Nordschleife in under seven minutes and twenty seconds, which is at least five seconds quicker than the GT3 (7:25.0) and significantly quicker than the Carrera GT (7:28.0) and the 911 GT2 (7:32.0).

Scroll down to see how all of this power and speed is packaged by Porsche. 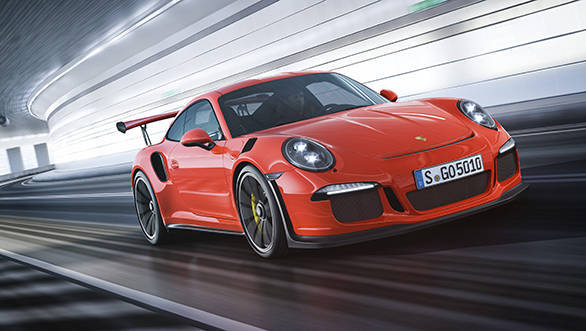 Despite incorporating as much motorsport technology as is possible in a street-legal 911, the GT3 RS remains suitable for everyday driving, according to Porsche 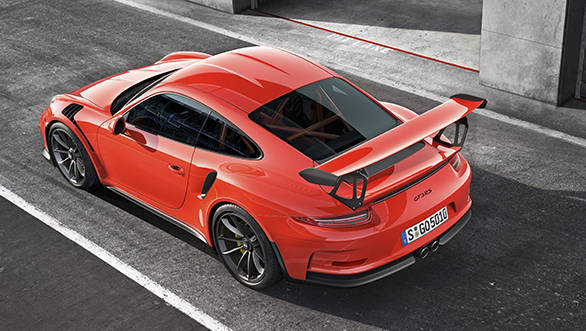 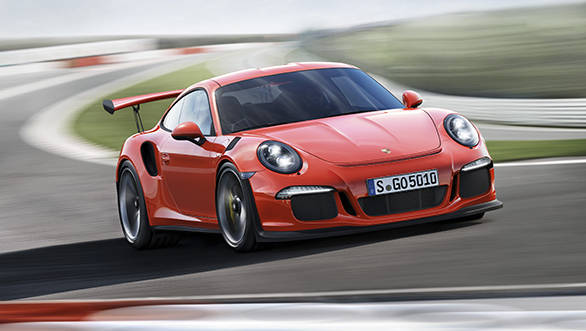 The GT3 RS has set a lap time of 7 minutes and 20 seconds around the 22.5km Nürburgring Nordschleife 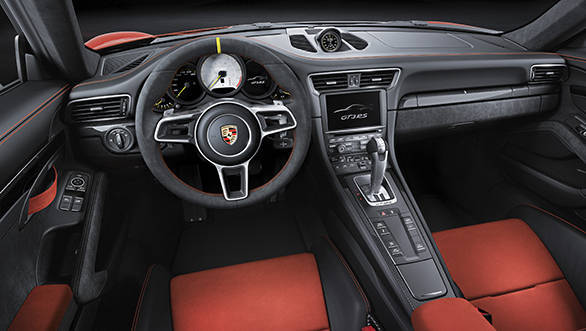 The interior design of the 911 GT3 RS is infused with Alcantara elements, just like the current 911 GT3. The carbon-fibre bucket seats are inspired from the 918 Spyder 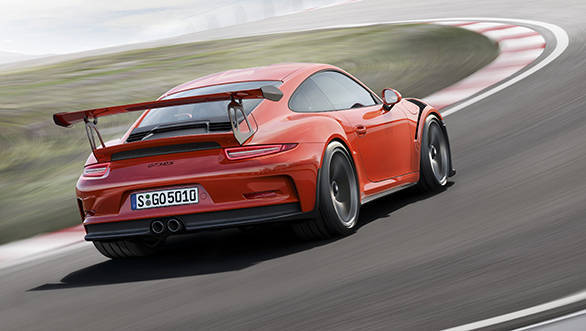 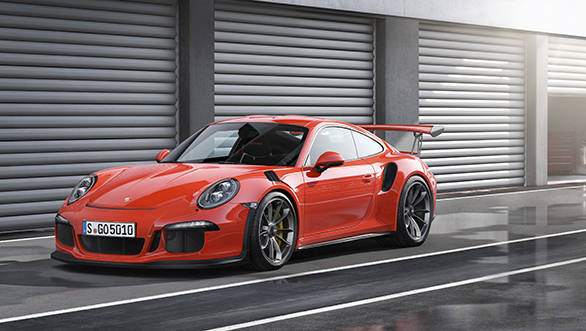 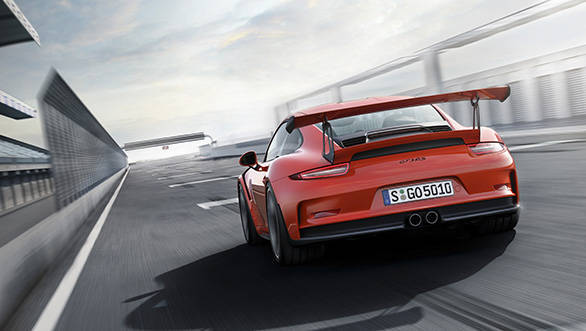