Described as a "breathtakingly dynamic coupé" by Volkswagen brand board member for development, Dr Heinz-Jakob Neusser, the four-door Sport Coupé Concept GTE broke cover on the eve of the 2015 Geneva Motor Show. Running on a V6 TSI engine and two electric motors, the plug-in hybrid delivers a combined fuel economy of 50kmpl. 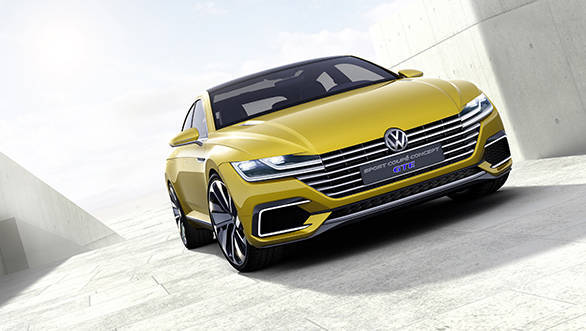 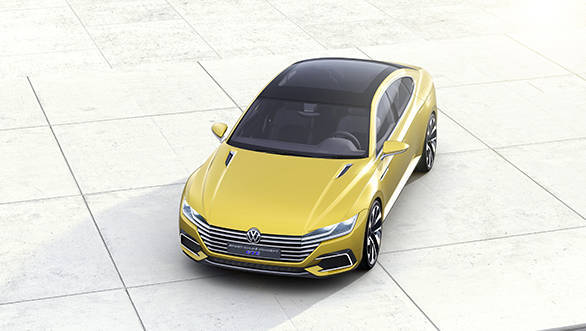 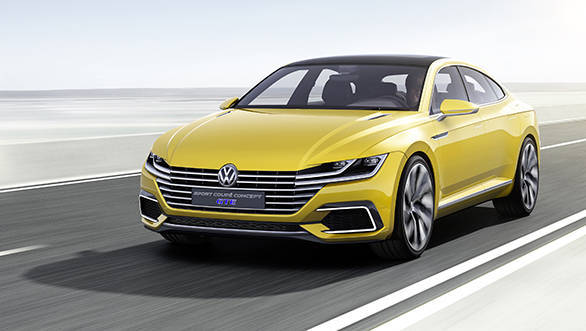 The radiator grille, the headlights and VW badge are intended to "form a completely new interpretation of the front end" in the new Sport Coupé Concept GTE 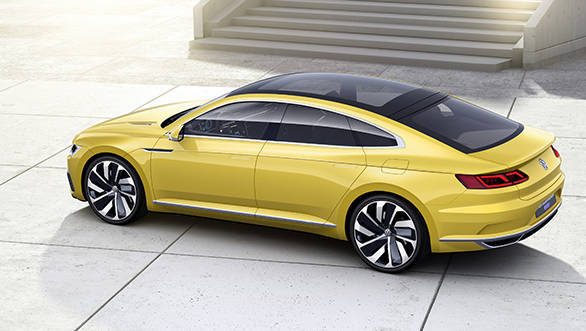 The low-set C-pillar dominates the rear of the GTE, which merges with the roofline 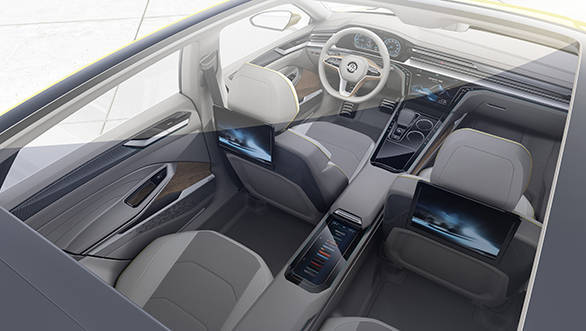 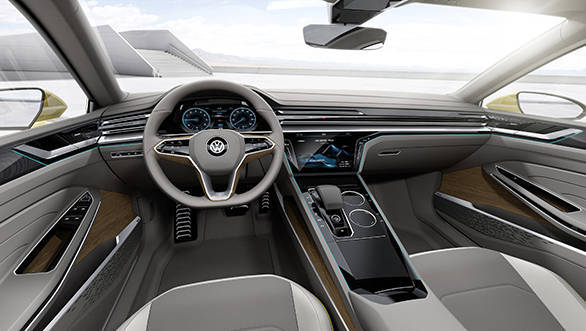 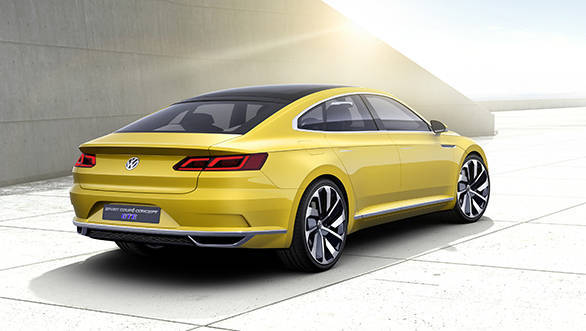