2015 Indian Motorcycle Roadmaster to be unveiled

Indian Motorcycle has announced the 2015 Roadmaster as its new entrant into the luxury touring segment. It will be brought out for display on August 2 at the Sturgis Motorcycle Rally. While the Roadmaster as a model was built from 1947-1953, it has now been resurrected to join the 2015 lineup. 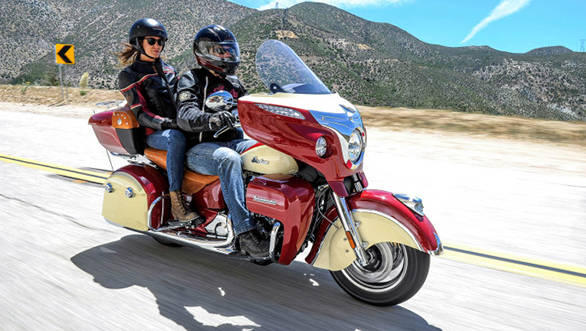 Indian says that the 2015 motorcycle has been built from scratch and the focus is on two-passenger touring comfort. So you get a wide stepped seat, enhanced rider leg room and adjustable passenger floorboard. A quick release carpet-lined rear trunk is standard and so are the saddlebags. Both these features are operated via a remote locking system. The seats are heated while the grips have 10 temperature settings. The Roadmaster also comes with 143 litres of weatherproof storage facility. Apart from this, one can also customise the bike with the variety of options that the manufacturer has on offer. 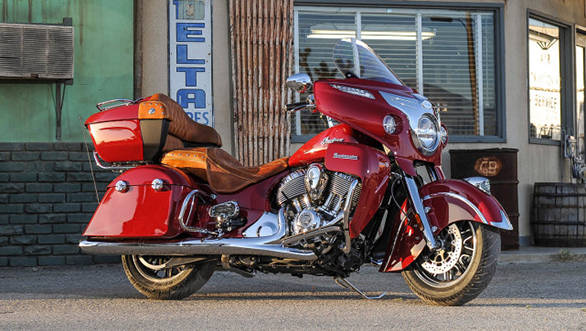 Powering the Roadmaster is the now familiar 1811cc V-twin air cooled ThunderStroke 111 engine that makes 139Nm in India but is available with a higher 161Nm elsewhere. Indian Motorcycle hasn't revealed the power figures. Expect it to be launched in India sometime later this year or early 2015 at around Rs 35 lakh. The colour options are black, red and the recently introduced two-tone red/ivory scheme.

Team OD sampled the Indian Motorcycle Chieftain and Classic earlier this year. We can't wait to swing our legs over this one. Fingers crossed.