It was a second victory at the Old Brickyard for Juan Pablo Montoya. The Columbian driver came from last place to top spot and managed to win the 99th edition of the Indianapolis 500, which made his second victory at the Indianapolis Motor Speedway very sweet indeed. As Montoya himself said, his victory in 2000 had been fairly easy owing to the fact that he led 167 laps of the 200-lap race that is held over the course of three hours. Fifteen years after that victory, though, things were very different. 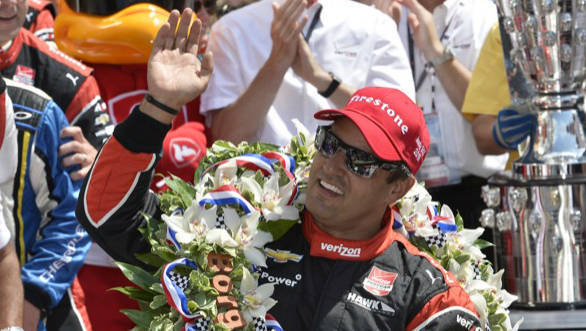 A second win for JPM at the Indy500, no less than 15 years after his first victory at the Old Brickyard

While good old JPM, who once drove for Williams and McLaren in Formula 1, started the race 15th on the grid, things got pretty tough early on in the competition. Montoya was hit from behind, and the damage to his car meant that he had to pit to repair his right fender. Coming out of the pits, he found that he was dead last on the grid, with 30 cars ahead of him. He barged through the field, put himself in second position behind Will Power, and delivered a thrilling last two laps of the grand 500. Ultimately it was Montoya who would finish ahead of Power, with his Team Penske team-mate losing the race by a whisker.

Given that Montoya won for Team Penske, this extends Roger Penske's record to a total of 16 wins at the Indy500. Describing his race win, Montoya, having chugged a little of the traditional milk that is served to the winner at Indianapolis, declared that it was the stuff that real racing was made of, also declaring that the fight towards the end of the race had  been very hard indeed.