Here's a quick round up of Isle of Man TT news that you ought to know of: 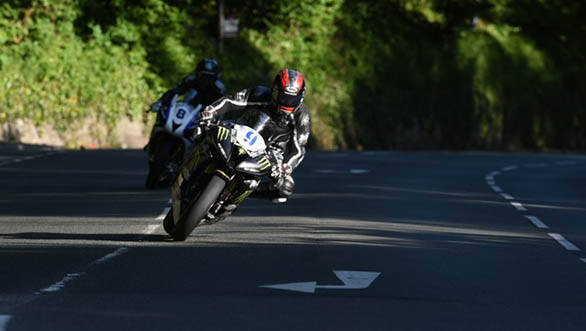 WIn in the Supersport TT went to Ian Hutchinson

Ian Hutchinson takes back-to-back wins
Ian Hutchinson had a terrific start to his 2015 Isle of Man TT campaign after notching up wins in both the Superstock TT and the Supersport TT classes. In the Supersport TT, Hutchinson set the fastest lap time with an average speed of 205.304kmph aboard the team Traction Control Yamaha. The win was a special one since it highlighted true racer spirit. Hutchinson had sustained serious injuries to his leg during a race at Silverstone in 2010. The Doctors were contemplating amputating his leg but thankfully, after 30 operations to his injuries, he could ride again. Hutchinson was ecstatic over his win in the Supersport TT and went on to say, "Most people thought I wouldn't be capable of running at the front again but this bike was an absolute dream to ride. I only secured this ride last week and everything went perfect." 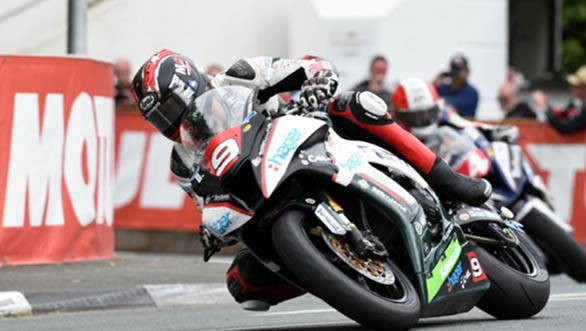 Hutchy was on a roll, also winning the Superstock TT

The dream run continued as Ian Hutchinson won the Superstock TT too and he did it style. Astride his PBM Kawasaki, Hutchinson set a record-breaking lap time with an average speed of 210.701kmph. Well, he actually decimated the race record by 32 seconds! Hutchinson said that this win was special since he beat Michael Dunlop. However, it would be pertinent to mention that Michael Dunlop was riding with injuries that were picked up in a crash during Sunday's Superbike TT. By lap three of the Superstock TT, Dunlop's injuries were taking a toll on him. Hutchinson reined him in and passed him and the went on to build a 9.4 second lead with a lap to spare.

Tom and Ben Birchall win Sure Sidecar Race One 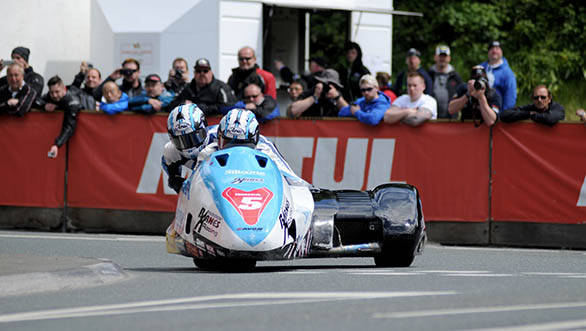 The Birchall Brothers were unstoppable in Sure Side Car Race One

The Sidecar races were finally conducted after previous sessions were cancelled due to severe weather conditions over the Snaefell Mountain Course. Brothers, Tom and Ben Birchall won the Sure Sidecar Race One in a spectacular fashion. The duo lead from the start and set a pace that set a new record for sidecars. The Sidecar race had its fair share of racing drama as podium favourites, Dave Molyneux and Ben Binns and Tim Reeves and Patrick Farrance retired on the first lap. The Birchall Brothers had a tough battle with the pair of Holden and Sayle. The gap between the two pairs kept fluctuating with Birchall Brothers responding to each attack and in the process setting lap times with an average speed of 186.780kmph. Tom and Ben Birchall eventually finished an incredible 24.1 seconds ahead of Holden and Sayle

William Dunlop amongst injured riders
In other TT news, Tyco BMW rider, William Dunlop has been ruled out of this year's TT after sustaining grievous injuries during the qualifying round of the Superstock TT. He suffered broken ribs and severe bruising and is on the long road to recovery. 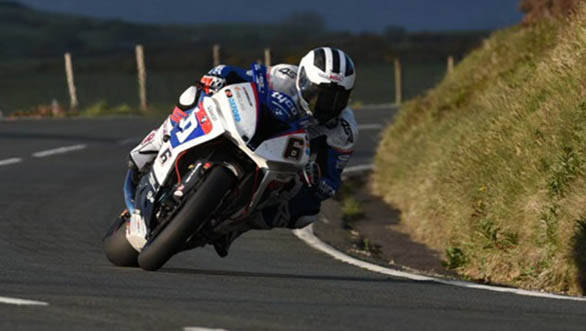 Injury has put an end to William Dunlop's 2015 TT campaign

Another rider who will not race this season is team Rig Deluge Racing rider Keith Amor. The Scottish rider crashed during the Supersport TT. He was running in tenth and had set a personal best first sector time when all hell broke loose. Describing the crash, Keith Amor said that his loose racing gloves caused a front wheel lock up as the glove got caught in the brake lever. This twist of fate occurred at 128.748kmph which sent him careening into the hay bales.

Guy Martin to race for Victory Racing
Following William Dunlop's exit, maverick racer Guy Martin will race for Victory Racing in the TT Zero Class. He has a few practise laps under his belt and said that it was the strangest thing he has experienced. Just wind and brake noise. He was all praise for the motorcycle's handling prowess and declared it would be interesting to see how he manages to get upto speed considering the fact that he was 22.53kmph slower than pole man John McGuinness on the team Mugen Shinden bike.