It hasn't been a pleasant day for fans camping out at the Isle of Man already, waiting for the practice sessions to begin. Things been rather damp and stormy for them, with torrential rain and heavy winds putting out campfires and throwing water on all barbecue plans. But that's not the worst of it. The rains and windy conditions have resulted in IOMTT Clerk of Course Gary Thompson cancelling the second practice session that was to be held on Monday. The first practice session that was held on Saturday was also truncated due to the fact that the weather was bad. 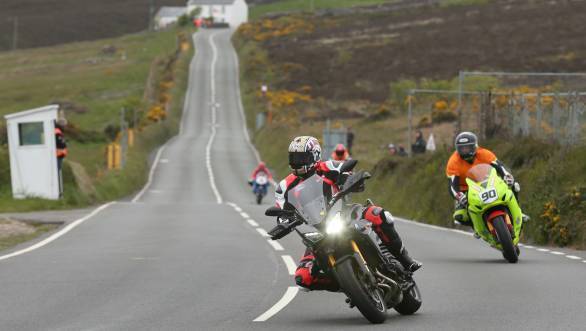 But there's some reason to cheer. Thompson has declared that the weather on Tuesday is likely to be good, which means that the practice session scheduled for June 2, 2015 will go ahead as previously planned.

The bad weather has also meant that ferries to and from Douglas have been delayed, which means that several fans trying to reach the Isle of Man, have had their plans scuppered. However, weather predictions show that ferries should be on time on Tuesday, and the racing at Douglas ought to go on as planned. We can't wait!