Mercedes Benz showcased the production ready S-coupe at Geneva Motor Show earlier this year and have now announced that they will have the world premiere of its AMG version - the S63 AMG coupe at the New York International Auto Show which is scheduled to be held next month. 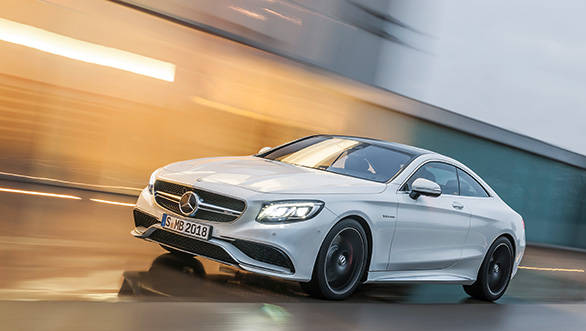 The coupe has been developed to combine blistering performance with sensual appearance. The S63 AMG has received a powerful engine and has shed 65kg due to AMG Lightweight Performance strategy. This strategy reduces the weight of the car by making use of a lightweight battery, braking system and forged alloy wheels. Aluminum has also been widely used in the bodywork to reduce the kilos.

The coupe has AMG lettering all over its body clearly saying that this is a high performance vehicle. The AMG badge and design cues can be seen on the side louvers, Bi-turbo lettering on the front wings and the AMG badge below the tail lamps. 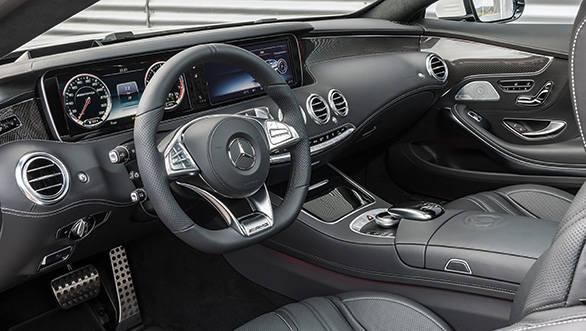 A monstrous AMG 5.5litre, bi-turbo V8 is plonked under the hood and gives the S63 AMG coupe a maximum power output of 593PS with a stupefying 900Nm of torque. The stressful job of harnessing all that power and delivering it to the wheels is undertaken by the seven-speed AMG Speedshift auto transmission and is sent to all wheels by a 4Matic drive system tuned by AMG. This coupe takes only 3.9 seconds to blast from a standstill to 100kmph and is limited to a top whack of 250kmph. 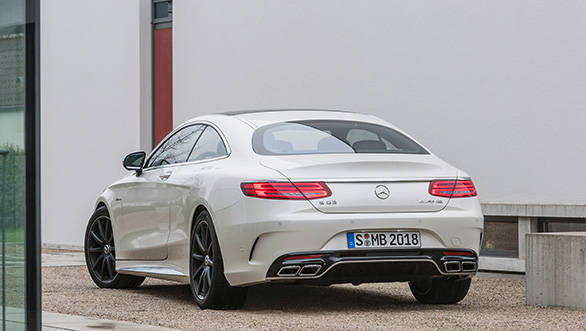 Features such as Curve Tilting, Magic Body Control and Active Body Control give the car more agility and better handling around the corners or country roads.

The S63 AMG will be launched by this year end in the UK. Price and other details are yet to be shared by the company.