The third round of the MMSC FMSCI Indian National Racing Championship at the Kari Motor Speedway in Coimbatore was witness to some hard fought victories.

On Day One, Anish Racing's Mohit Aryan won in the Formula LGB 1300 class. Aryan maintained the lead after starting from pole position and crossed the finish line unchallenged. In the Junior Touring Car Class, Farhad Kutty won after a brilliant start from P3. The Team Game Over driver quickly moved up to P2 by the first corner on Lap One. He then moved swiftly into the lead after overtaking Sudanand Rajan who started on pole. Meanwhile, Goutham Parekh took pole in the qualifying round of the MRF FF 1600 Class. Abhinay Bikkani was victorious in the Super Stock Class. 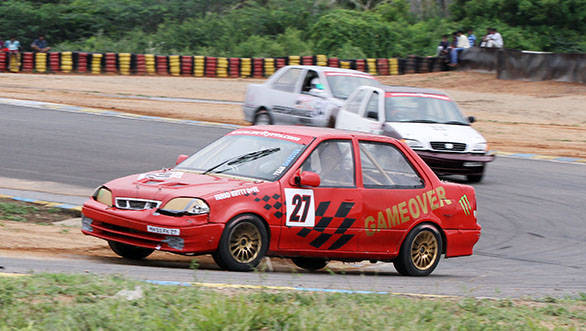 Day Two was when the action stated to intensify as the racers took to a soaking wet track. Mohit Aryan who won the first race in the Formula LGB 1300 Class tasted success again as he crossed the chequered flag in P1. However, his winning streak was curtailed by Chetan Korata who won Race Three. 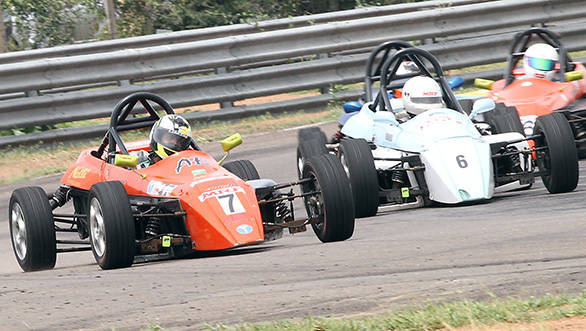 In the Junior Touring Car Class, Fahad Kutty reigned supreme once again despite a major setback. Owing to a technical violation, Kutty got a ten place grid penalty which meant he had to begin from P14 as the grid was reversed for the second race. The Team Game Over driver kept calm and managed to win a race involving a number of crashes at the notorious Turn Two. What made it even more difficult for the drivers was the incessant rain in Coimbatore. 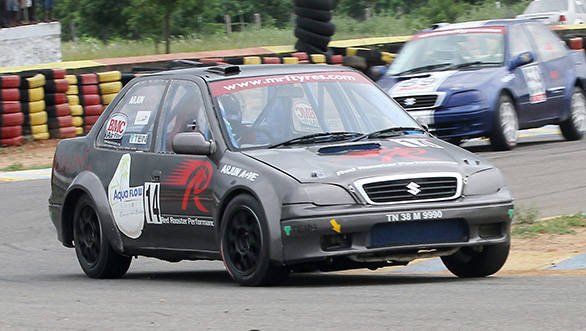 In the Indian Touring Cars races, Arjun Narendran of Red Rooster Racing dominated the first race and cemented his place at the top step of the podium. There were two Safety Car periods during the race but other racers failed to capitalise on these and challenge for the lead. Race Two had to be called off since the cars only run on slick tyres. In the Super Stock Class, Bengaluru boy Abhinay Bikkani tasted success again with another win despite the fact that the race was marred by incidents of the fender bending persuasion. 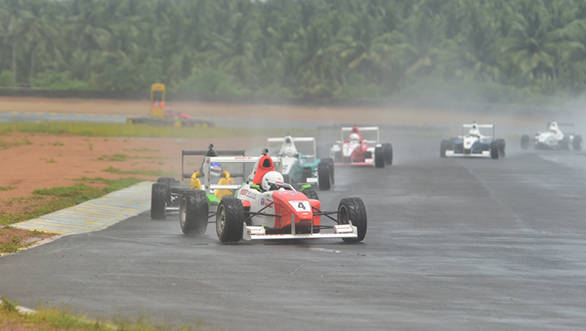 The MRF FF 1600 Class witnessed the most intense of all battles in both Race One and Two. In the first race, pole sitter Goutham Parekh did not put a wheel wrong and went on to win the race. The trying, wet conditions proved to be too much for Arjun Narendran who spun off the track and rejoined in fourth position. He failed to improve upon his position till the end of the race.

In Race Two, Karthik Tharani Singh piped pole sitter Arjun Narendran into Turn One at the beginning of the race. Goutham Parekh chased hard in third and the three way battle for the lead ensued. In the closing stages of the race though, Parekh moved to P2 and began charging towards Karthik. The duo battled hard for the lead with Karthik putting up a strong defence at every corner. In the end, Karthik managed to fend off the attack and crossed the a mere 0.155 seconds ahead of Parekh.