Volkswagen will reveal the 2015 Touareg SUV at the upcoming Beijing Auto Show. The 2015 model gets small visual tweaks and minor mechanical changes to improve overall fuel efficiency. The new Touareg will go on sale in UK markets by November this year. 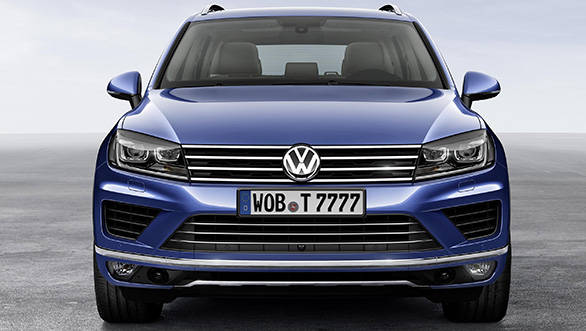 The front fascia gets larger bi-xenon headlamps with a redesigned bumper and a new grille featuring four horizontal fins instead of two found in the previous version. The side has new mirror caps, wheel designs and a hump over the rear wheel arches which make the rear look wider in comparison to the front. The rear gets a redesigned bumper with integrated LED fog lamps, redesigned diffuser and twin tail pipes. 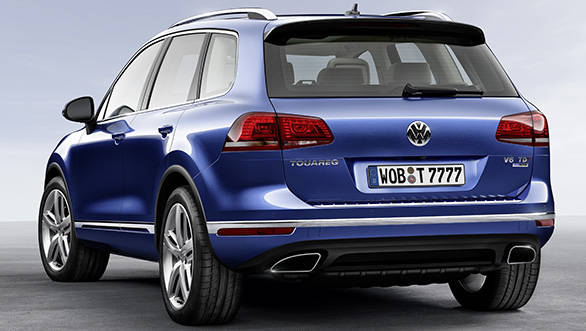 The interior gets a choice of new colours for the upholstery, hints of chrome on the dashboard and a new white light illuminating the controls. An optional Automatic Distance Control system is available which maintains a pre-selected speed and keeps safe distance from the car in front by using radar sensors. 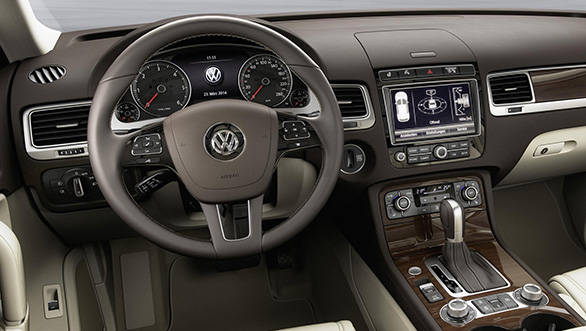 Interiors have new colours for the upholstery, hints of chrome on the dashboard and white light illuminating the controls.

A 3.0litre V6 engine is offered in different states of tune-  204PS and 258PS with increased fuel efficiency figures. The 204PS unit returns a combined consumption figure of 18.19kmpl with emission figure of 174g/km. The more powerful 258PS motor has a combined fuel efficiency figure of 17.64kmpl while emitting 178g/km of CO2. The V6 engine has an eight speed automatic gearbox and stop/start functionality as also low rolling resistance tyres to further efficiency figures and regenerative braking is used to recover kinetic energy. The new Touareg is EU6 compliant and has an all new SCR-DPF catalytic converter module which combined with AdBlue additive significantly lowers CO2 emissions. 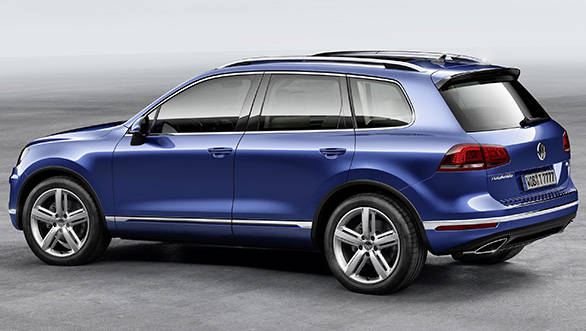 The side has new mirror caps and wheel designs

Volkswagen will not offer the Hybrid and V8 engine variants of the Touareg in UK markets. Read all about the car in the press release below.