It was a rather exciting weekend overall at the Kari Motor Speedway with the second round of the JK Tyre National Racing Championship and Vento Cup coming to an end. As expected, there were plenty of bumps, nudges, spins and crashes. Unexpectedly, however, in most of the races held this weekend, the winners of the previous round didn't always make it to the top. 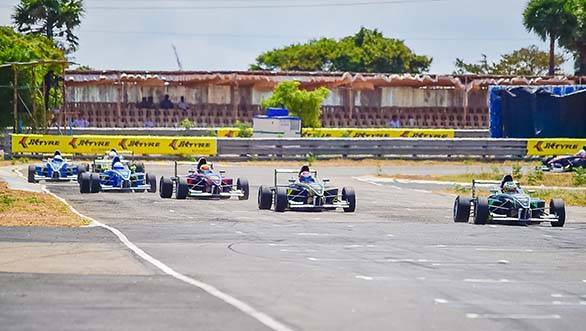 Race 2 of the JKFB02 Championship in Round 2

In the JKFB02 Championship, Akhil Rabindra, the man who stole the spotlight in Round 1, managed to clinch just one podium finish this weekend. In race two, he started eighth and fought his way to fourth during the race following which, the Safety Car was sent out on the track. This worked to Rabindra's advantage as it closed the gap between him and Kush Maini. With a lap to go, Maini missed a gear and Rabindra, the opportunist that he is, made the most of the situation and got ahead to finish third. In the final race, however, he spun out after contact with another competitor pushing him further down in positions. Maini didn't fail to impress this round after finishing third in the first race of the weekend. However, a few mistakes on the last few laps of his other races cost him his podium finishes. 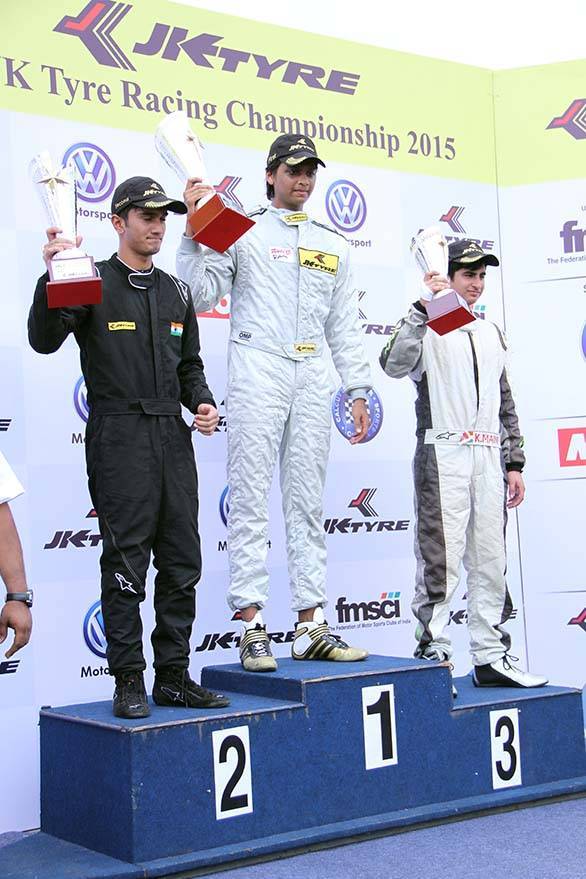 Krishnaraaj Mahadik sat on pole in race 1 but was soon overtaken by Vishnu Prasad in lap three. However, Mahadik managed to secure a first-place finish in his second race. Prasad too had a pretty good weekend in the JKFB02 championship, with two second-place finishes and one victory. The final race, in which Ananth Shanmugam sat on pole, saw tough competition for a place on the podium. Shanmugam kept his pace throughout the race despite constant pressure from Prasad who was on his tail right till they crossed the finish line. Karthik Tharani who won the MRF FF1600 Championship two weeks earlier, finished third, giving him his first podium finish in this season of the JKFB02 Championship. 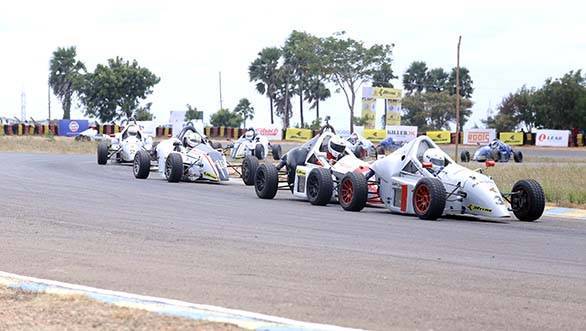 Unfortunately for Vishnu Prasad, his luck ran out in the LGB F4 Championship. After some rather impressive driving in the first round, he was involved in crashes in two of the three races held this weekend. In race one, he started sixth on the grid and managed to move up by just one position by the end of the race. Race two saw an incident involving five cars, of which two drivers including Vishnu Prasad managed to get out without any critical damage to their cars. Unfortunately though, that was the end of the race for Sudharshana Rao, Karthik Shankar and Rohit Khanna. The race was red flagged and a full grid restart was in order. Vishnu Prasad lost the nose of his LGB F4 during the incident and after a quick fix at the pit stop, he started from the pit lane following the restart. Despite this, he managed to pick up quite a few places during the race, but it was not enough to get him on the podium. Ajay Kini however, upped the ante this round after winning all three races. "I just focused on staying calm and not getting aggressive during the race," he said to us. A strategy that seemed to have worked pretty well for him.

Chittesh Mandody put up a good show and would have scored a podium finish if he hadn't lost a gear in his car. Raghul Rangasamy and Diljith TS were pretty consistent this round, with Raghul finishing second in all three races and Diljith finishing third in two of them. 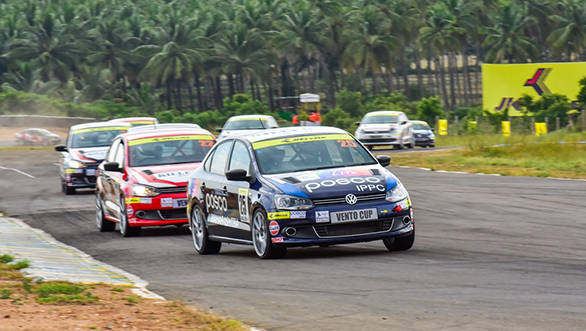 Round 2 of the Vento Cup was not wanting in action either. Sailesh Bolisetti, a title contender had quite an unfortunate weekend. No sooner did the first race begin, than Sailesh went off the track on the first corner, ending his race. Anindith Reddy, however, drove a good race that saw him finish first. During the race, there was a major crash involving Raghav Sharma and Harkishan Wadia sending them both out of the track. The race was red flagged and set for a restart. Wadia was banned from the second race in this round because he had another major incident in Round 1, when he had flipped his car. Ishaan Dodhiwala finished second in the first and second race, giving him his first podium finishes this season. Karminder Singh finished third in the first race behind Dodhiwala and first in the second race. 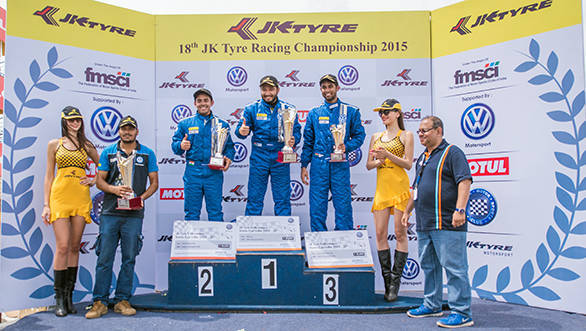 Karminder Singh (first), Ishaan Dodhiwala (secnd) and Anindith Reddy (third) after race two in Round 2 of the Vento Cup 2015

Karminder kept tremendous pace in the final race as his lead extended lap by lap after a very good start. "Yeah, it was a rather boring race for me," he mentioned at the press conference, but he did notice all the action behind him. Anindith, who had started eighth on a reverse grid, fought spectacularly well to make his way up to third. Another honourable mention in this race is Sailesh Bolisetti. Starting last on the grid after his previous DNF, he didn't seem to give up until the fag end of the race. Lap after lap he gained positions, pushing the Vento Cup car to the very edge, and finishing an impressive fifth. 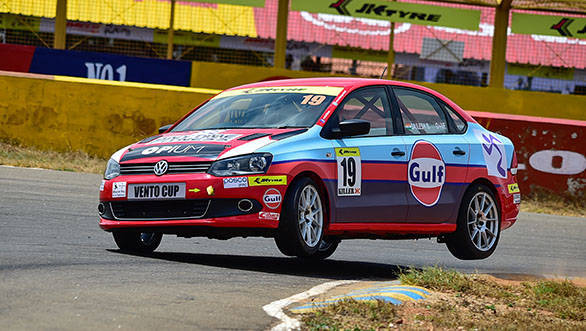 All packed up, the teams will head to the Buddh International Circuit in Delhi for the third round of the JK Tyre National Racing Championship, that will be held in October.