The first round of selections for the premier edition of the Volkswagen Vento Cup will take place on February 14 and 15, 2015 in Pune. And if you're worried about the fact that you might have missed the selection process, well there's hope yet because registrations are still open on www.volkswagen-motorsport.in, which means you still might just have a shot at making it through to the first round of selections. 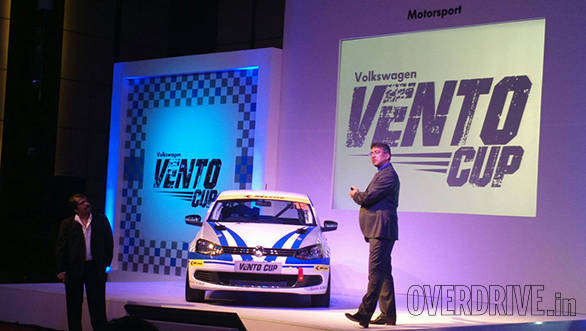 The selection process for the drivers will be held via a series of go-karting sessions conducted by Vento Cup driver coach and multiple national racing and karting champion Rayomand Banajee. Drivers who make it to the selection process will have to pay an amount of Rs 5000, along with a refundable deposit for damage costs. The drivers will be briefed through the selection process by Banajee, with an aim to teach them as much as possible and enable them to better their skills in a short period of time. The criteria for judging them will be - overall skill, consistency, understanding of racing lines, speed, lap times and acceptance for learning.

The second round of driver selection will be held between February 28 and March 1, 2015. The drivers selected from each of these rounds will then comprise the combined grid of drivers who will compete in the 2015 Volkswagen Vento Cup.

Sirish Vissa, head of Volkswagen Motorsport India, commented, "This year, we are shifting our selection process to karting which is the grass-root level of driving cars. It brings out the raw skills of the drivers and helps us in identifying the real talent." He further added, "We have already upped the game with the Vento racecar this year and we expect to churn out some more champions through our Vento Cup programme this year."

Volkswagen Vento Cup Drivers' Selection: First Round to be held on 14th-15th February 2015 in Pune