The Fiat Linea has been in the market for quite a while now, and when it had launched back in 2009, it was the first car in its class to run a turbocharged petrol engine. Today, at the 2016 Auto Expo, Fiat unveiled an new version called the Linea 125S. This car gets Fiat's updated 1.4-litre turbocharged T-Jet petrol engine which, as the name suggests, makes 125PS. Its power peaks at 5,000rpm while the 210Nm of torque peaks at 2,200rpm. The engine itself isn't all new as it is just a retuned version of the 1.4-litre T-Jet seen in a lot of their cars like the Punto Abarth and the 595 Competizione. This motor is mated to a 5-speed gearbox, which we certainly hope is a lot better than the ones we've seen in the other Fiats. 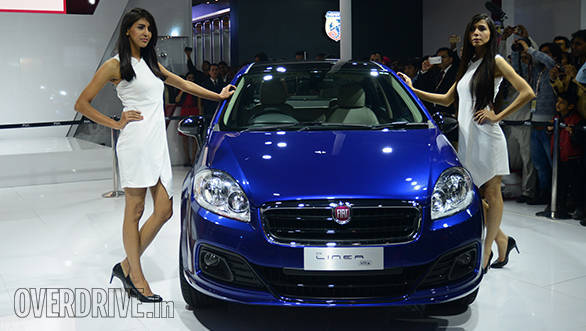 The Linea will be available only in one colour, Saffire Blue, along with the black 16-inch alloys. Features in the new Linea 125S include a 5-inch touchscreen infotainment system, cruise control, rain sensing wipers, auto headlamps, ABS with EBD and dual airbags. This car is expected to be launched in India by mid-2016.