While there were no official announcements about its launch, it is likely that the motorcycle will be in showrooms this year. An all-new 250cc single cylinder DOHC motor will be used in the HX250R. It is expected to produce 27PS of power. A new 6-speed gearbox will also debut in the HX250R. Reports say that the motorcycle will accelerate from 0-100kmph in less than 9 seconds. 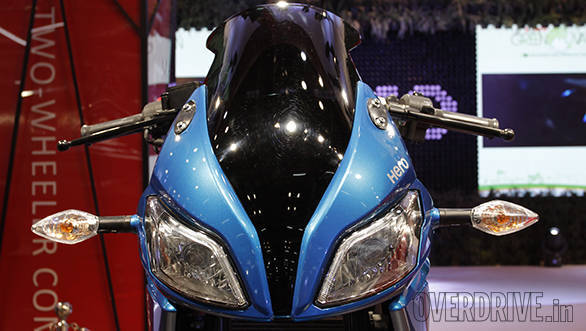 The Hero HX250R will have an all-new tubular chassis and the motorcycle weighs only 139kg (dry weight). In contrast, the current Hero flagship model, the Karizma ZMR weighs above 150kg. The Hero HX250R has been developed with inputs from Engines Engineering and Erik Buell Racing. This is also the second Hero motorcycle, after the Impulse, to feature a monoshock suspension at the rear.

The model displayed at the Expo wore Pirelli Sport Demon tyres and we expect Hero to retain them when the motorcycle hits showrooms. A 300mm front disc and a 220mm rear disc handle braking duties in the Hero HX250R and combined braking system is expected to be standard. ABS is likely to be offered as an option. 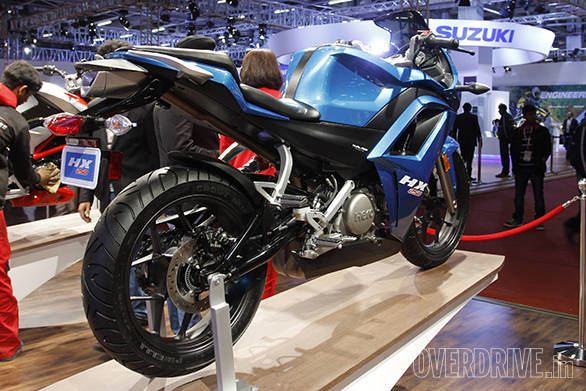 The motorcycle carries forward the same design language as seen on the new ZMR albeit in a sleeker manner. The fairing is similar and has LED elements in the twin headlamp assembly. The motorcycle on display had a three-piece handlebar with no bar end weights. This is also the first Hero to come with an engine kill switch. The fuel tank is a chunky unit and has deep knee recesses. The Hero HX250R also comes with an underseat exhaust. The split seats, tail lamp and grab rails are also similar to the current-gen ZMR. 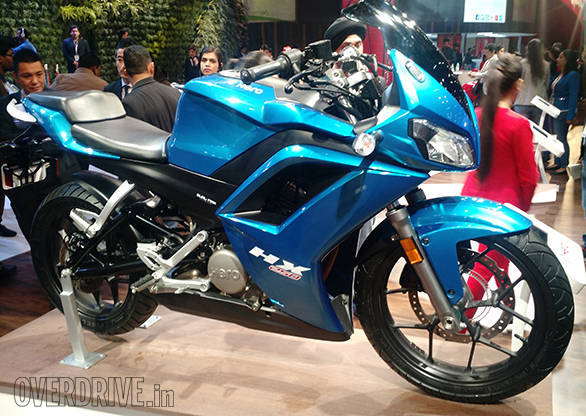 Now begins the long wait for Hero to open sales for the HX250R in India.