At the 2016 Beijing Motor Show Bentley has unveiled three models which include the Mulsanne First Edition, the Flying Spur V8 S which is being showcased in China for the first time and the one-off Bentayga by Mulliner.

The Bentley Mulsanne First Edition has been unveiled for the first time and only 50 units will be made. This trim can be ordered on the Mulsanne, Mulsanne Speed and Mulsanne Extended Wheelbase. Every Mulsanne First Edition gets a specially engraved flying B bonnet ornament, First Edition motifs at different places in the cabin, Union Jack-inspired First Edition embroidery on the seats, unique diametric overlay on the rear seat picnic tables and special tread plates. It gets a Mulliner sterling silver vanity kit which includes a vanity mirror, hair brush and comb. It can be ordered with a champagne cooler. 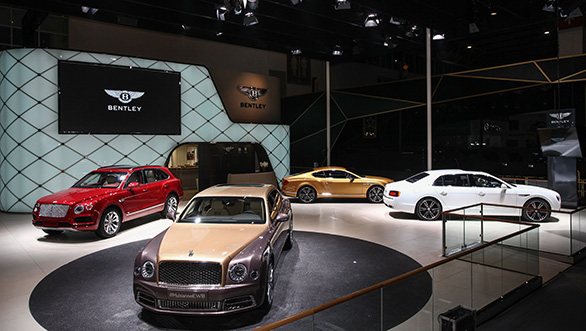 The Bentley Flying Spur V8 S was unveiled for the first time at the 2016 Geneva Motor Show.  Within the Flying Spur line-up, the V8 S sits between the regular V8 version and the flagship W12. The Flying Spur V8 S is powered by a 4.0-litre twin turbocharged engine which makes 528PS and 680Nm. Bentley says that the Flying Spur V8 S can accelerate from 0-96kmph in 4.6 seconds and attain a top speed of 306kmph. It gets all-wheel drive with a 40:60 torque split and the suspension has been tuned to improve handling. 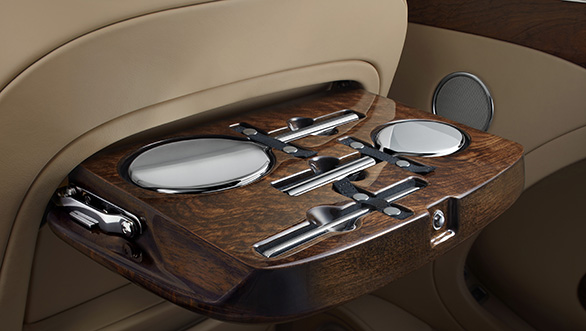 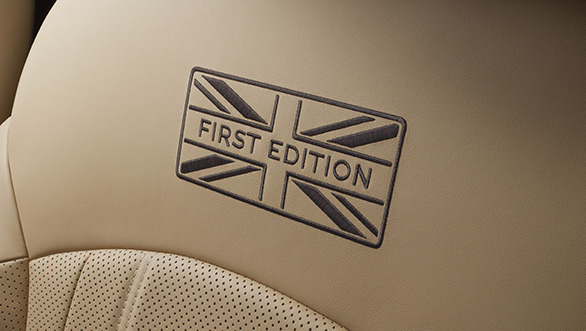 Bentley is also showcasing the one-off Bentayga by Mulliner. Mulliner is Bentley's coach building division. This unique creation gets a veneer set comprising of 30 individual pieces made from 10 different veneers which have been shaped to create a detailed mountainscape picture. 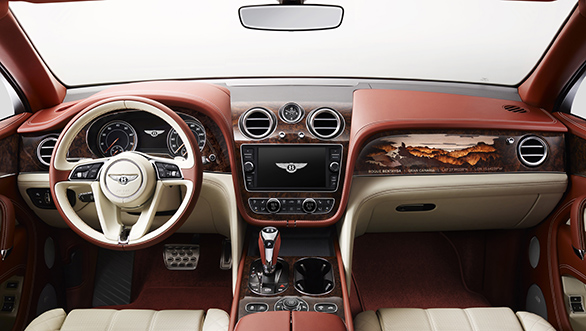