Audi has unveiled the new TT RS in both Coupe and Roadster versions at the 2016 Beijing Motor Show. Both versions are powered by an updated version of Audi's 2.5-litre, five-cylinder turbocharged petrol engine which makes 400PS of power and 480Nm of torque. The engine features an aluminum block which has reduced it's weight by 10kgs. Audi says that the TT RS Coupe can accelerate from 0-100kmph in 3.7 seconds while the TT RS Roadster completes the sprint in 3.9 seconds. On both TT RS versions, Audi has electronically restricted the top speed to 250kmph which can be increased to 280kmph. 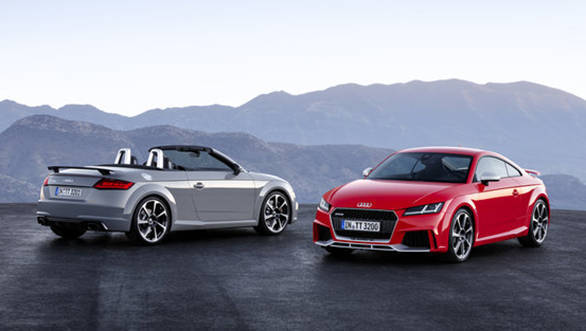 The 2.5-litre TFSI engine is coupled to a 7-speed S tronic gearbox. Both versions get Audi's Quattro all-wheel drive and drive select system which offers four modes to choose from-comfort, auto, dynamic and individual. The new Audi TT RS sits on 19-inch wheels while 20-inch forged wheels are available as an option along with Audi's RS sport suspension with adaptive dampers.  The carmker is also offering it's Matrix LED headlights as an option on the TT RS. 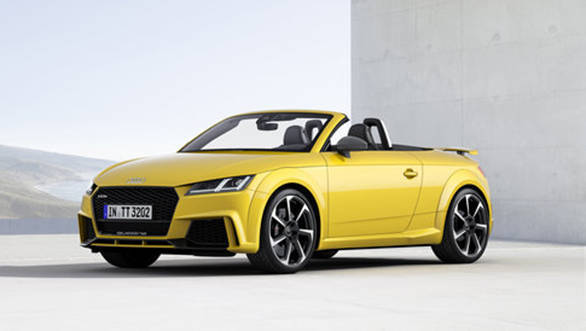 On the inside, it gets Audi's virtual cockpit with a 12.3-inch screen that offers the driver three views to choose from. There's a RS screen which shows the tyre pressure, torque being utilised,  g-force and other details. A sound button on the centre console allows the driver to modulate the exhaust flap. 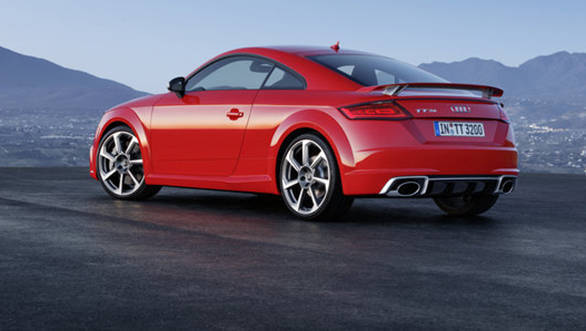 Audi has officially stated that it will launch the new TT RS in European markets sometime in the second-half of 2016.