Volkswagen is certainly on a roll at the moment, with plans to launch seven new electric and plug-in models in the Chinese market. These new models will be manufactured in China itself. One of these concepts, called the Volkswagen T-Prime Concept GTE, was revealed at the 2016 Beijing Motor Show. The T-Prime Concept GTE is aimed to be the German car giant's next premium SUV offering. 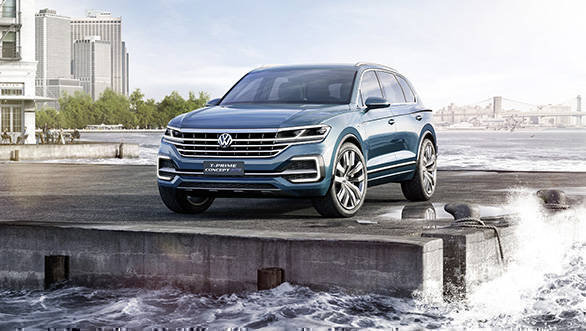 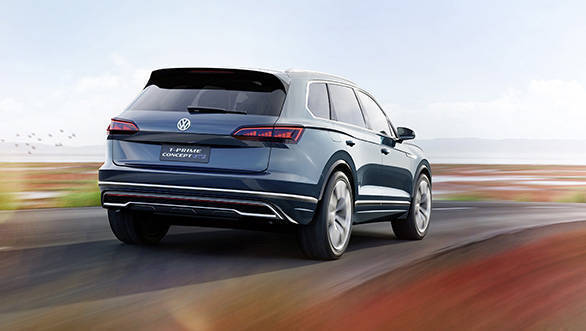 The Volkswagen T-Prime Concept GTE is a plug-in hybrid, all-wheel drive luxury SUV which is powered by both, a petrol engine and an electric motor. The fossil fuel burning motor is a 2.0-litre turbocharged engine producing 251PS and 370Nm of torque, while the electric motor produces 135PS and 350Nm of torque. While in the namesake's GTE mode, the SUV can churn out a total of 700Nm of torque. All of this power and torque is sent to all four wheels via an 8-speed automatic transmission and Volkswagen's 4Motion all-wheel drive system.

This results in a claimed 0-100kmph time of 6.0 seconds and a top speed of 224kmph. The SUV excels in the efficiency side of things as well, with an average of 30kmpl when running in hybrid mode. We expect the next-gen Volkswagen Touareg to be revealed sometime in 2017.