For 2016, Porsche has updated its range topping 911 Turbo and 911 Turbo S models with a mild refresh and even more power. Both models get a jump of 20PS from their 3.8-litre twin turbo which has been achieved by modified intake ports in the cylinder heads and new fuel injectors that allow higher fuel pressure as well as a new pair of turbos with larger impellers for the Turbo S. The Porsche 911 Turbo S now makes 580PS and 749Nm while the Turbo makes 540PS and 708Nm. The Turbo S also gets a 200rpm higher redline of 7,200rpm. Porsche claims to be the only manufacturer using turbos with variable turbine geometry in a petrol engine. 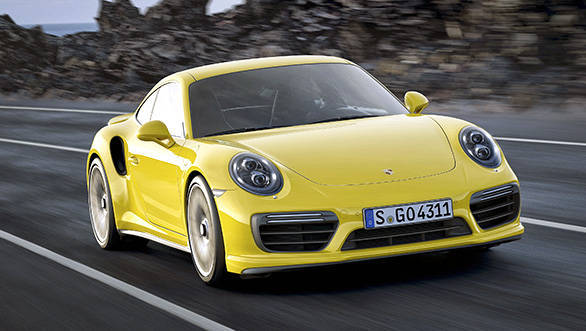 The performance numbers are shocking, the base Turbo breaching the 3s mark for the 0-100kmph run, taking just 2.9s before hitting a top speed of 319kmph. The Porsche 911 Turbo S meanwhile takes just 2.8s to hit the tonne while top speed is now an incredible 330kmph. These were the performance figures of the most elite of supercars just a few years ago. Amazingly, despite the increased performance, Porsche has claimed reduced fuel consumption thanks to advances in engine and transmission management. Official numbers will be revealed at a later stage. 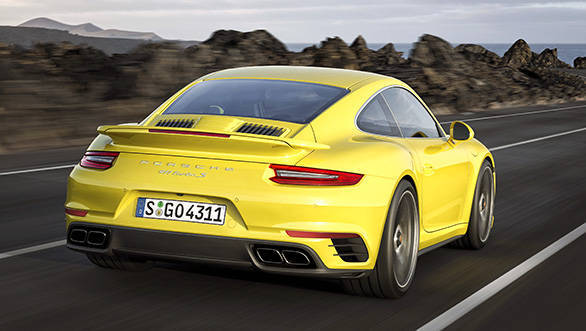 The rear gets sharper lights and revised exhuasts

Both Turbos get some design updates as well with new air intakes and then LED running lamps. The 20-inch wheels are new while changes at the rear include sharper tail lamps and redesigned exhaust pipes. The Turbo gets high gloss chrome muffler tips while the Turbo S gets a dark chrome treatment. The rear decklid also gets a new design for the cooling vanes that are said to improve air induction for the engine. Inside, the Turbos get a delicious new GT sport steering wheel from the 918 Spyder that has rotary button that helps select from the four drivetrain modes, Normal, Sport, SportPlus or Individual. 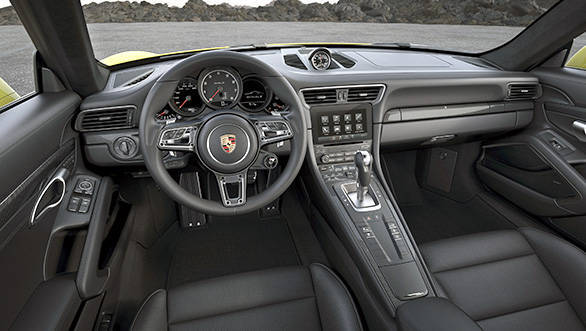 That lovely steering wheel is off the 918 Spyder

The Porsche Stability Management program or PSM now offers a sport mode that when activated allows the driver to "approach the limits more closely" before the system cuts in to help maintain stability. We suspect this will work in a similar fashion to the MDM ( M Dynamic mode) in BMW's M cars that allows some sideways movement before the system cuts in to straighten things out. 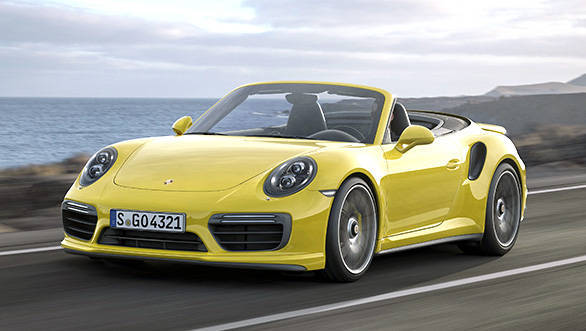 Cabriolets are available in both versions, for more money, naturally

Both the Turbo and Turbo S are available in Coupe and Cabriolet form. Prices in the USA start at Rs 1cr for the Turbo Coupe and extend to Rs 1.3cr for the Turbo S Cabriolet. Expect roughly double the price when these cars come to India and are subject to our sky high tax and duty structure.