In early April this year, we had revealed that the 2016 Honda Brio facelift is likely to be launched in our country by the end of 2016. At that time Honda had showcased the Brio facelift at the 2016 Indonesia Motor Show. Now, Indian Autos Blog has published pictures of the Honda Brio Facelift which it claims were taken at an Indian dealership. This means that the car is likely to be launched soon. In fact, Honda Cars India could launch it during this festive season which typically sees a strong spike in sales.

The Honda Brio facelift gets similar exterior and interior updates as seen on the Honda Amaze facelift. On the outside, it gets a single slat black radiator grille, wider front bumper and wider fog lamp housing. At the rear, the Brio facelift hasn't received any styling updates. 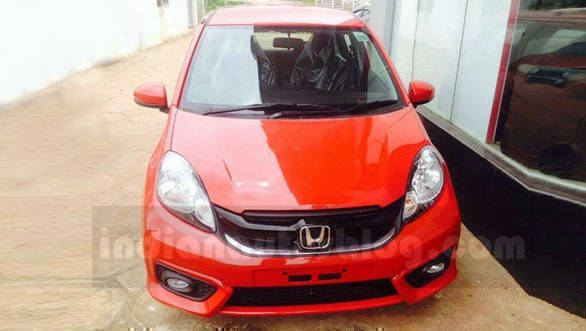 On the inside, the 2016 Honda Brio facelift gets a new dashboard, steering wheel and a 2-DIN entertainment system. As the pictures show, it has been carried over from the Amaze facelift. The interiors sport an all black treatment while the instrument cluster appears to a touch larger, and the bigger dials are easier to read. As the spy image reveals, the plastic quality has improved by a fair margin. However, the absence of a push/start button despite a provision being made for it is an eyesore. 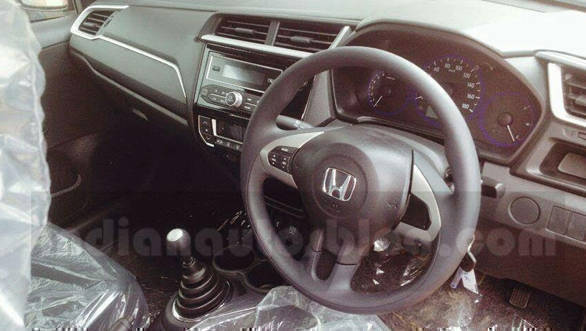 Honda currently offers the Brio with a 1.2-litre petrol engine which is good for 88PS and 109Nm of torque. Buyers have the option of a 5-speed manual transmission and a 5-speed automatic. The 2016 Honda Brio facelift is likely to retain the same engine, but it has been tuned to deliver a higher power and torque output. It is expected to make 90PS and 110Nm of torque. It will also be offered with Honda's Earth Dreams CVT unit which also does duty on the Amaze facelift. 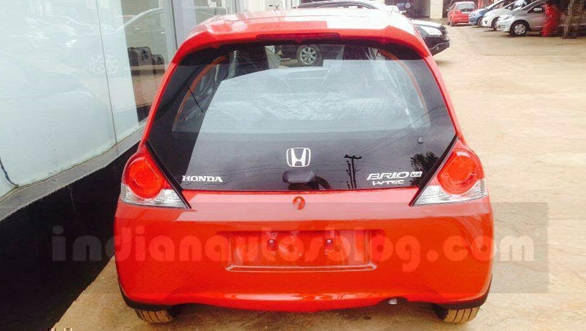 The Honda Brio has always received flak for its dull interior. With the Brio facelift, Honda has clearly improved the grey area.