The 2016 Indian National Racing Championship resumed this Saturday with its third round at the Kari Motor Speedway. Along with the LGB 1300, Indian Touring Car (ITC), Indian Junior Touring Car (IJTC) and Super Stock championships, it also hosted the first round of the 2016 Vento Cup. The first half of the day held the free practice sessions for all the championships. The second half held the qualifying rounds and the first races for all the championships except the Vento Cup. 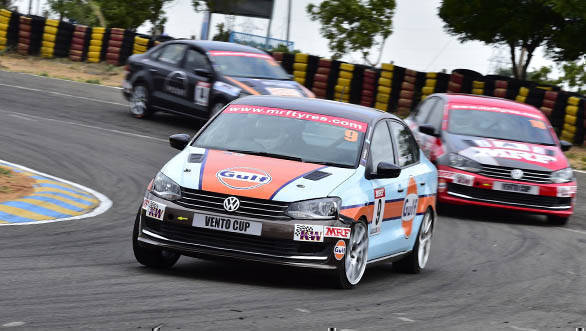 In the ITC championship, it was Arjun Narendran who took first place in Race 1 after qualifying on pole. In second and third place were Sivaramakrishnan and B Vijaya Kumar. Arjun had a terrible start and got off the line very late, which caused havoc at the start. However, he managed to regain the lead by C1. From there he managed to pull away from the others and finished with a good lead. Ashish Ramaswamy, who qualified second didn't start the race after facing technical issues with his car. Deepak Paul Chinnapa didn't have a good race either after he was involved in a crash with Radha Selvarajan in Lap 5 and was forced to retire. 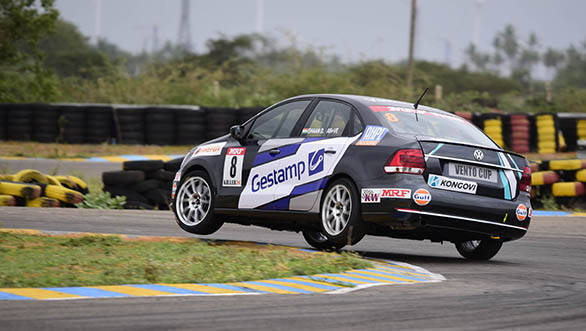 Race 1 of the LGB 1300 championship saw Tejasram CS take the win followed by Rupesh Sivakumar and Vinesh Chand. Raghul Rangaswamy, who had qualified on pole had to settle for a DNF after his car had technical issues. 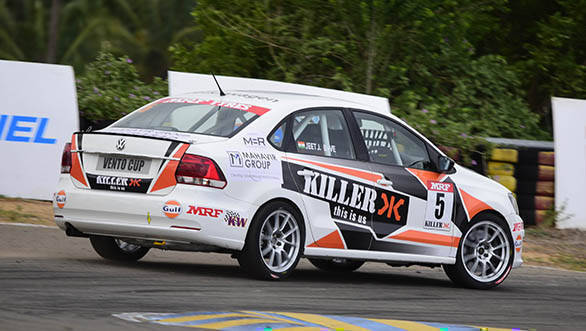 The IJTC and Super Stock races, as usual, had all the buming, nudging and bumpers hanging off all through the race. By the end of it, Ananth Pithawalla had taken first place in the IJTC class ahead of Keith Desouza and Vinod S. In the Super Stock category, it was Deepak Ravikumar and Raghul Rangaswamy who finished first and second, while Dean Mascarenhas finished third. 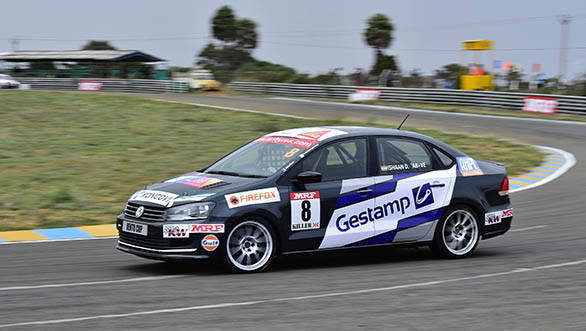 Round 3 of the Indian National Racing Championship will continue tomorrow with the first race of the Vento Cup and the second and third races of the other championships.