TVS Racing has signed its first woman rider  24-year old Shreya Sundar Iyer. Her achievements on two wheels so far include completing the KTM Adventure Tour across the sand dunes in Dubai, crossing the Kalasa River in Chikkamagalur, and covering around 2,000km in six days as a part of the Southern India Biking Expedition. In the 2016 season, Shreya will compete for TVS Racing in the Indian National Rally Championship on a rally-spec TVS Apache RTR. She is hoping to build a career out of cross-country rallying through the team. 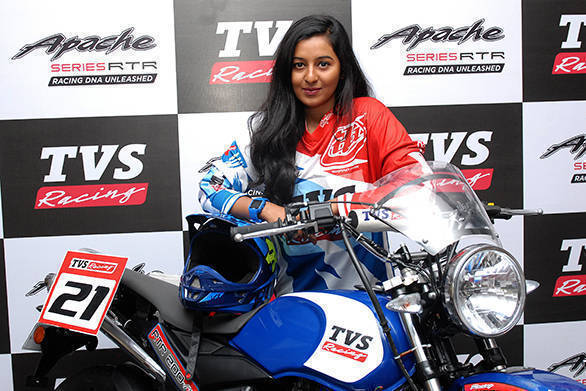 In a statement, Shreya mentioned that this association with TVS Racing would help her work with the best bikes, racers, trainers and technology in the country. She also hopes to encourage women all over to "follow their passion for racing and live their dreams." Arvind Pangaonkar, the head of TVS racing, also believed that the induction of Shreya into the team will promote racing as a promising career for women in India.