The Triumph Tiger is a popular model line in India, however, we only get the Tiger's dual-purpose variants and not adventure sport - the Tiger Sport. What it is, is a quarter-faired touring machine with more tarmac credentials rather than off-road abilities, much like the Suzuki V-Strom and the Kawasaki Versys. The bike has been around since 2007 but now gets an all-new avatar that is slated to be unveiled to a global audience at the 2016 London Motor Show, later this month. 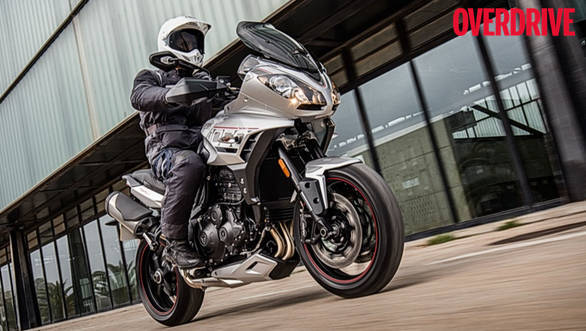 Along with the engine, the exhaust system has been altered too. The updated setup gives the bike better torque and improved fuel economy, but Triumph being Triumph, is keeping all the specs close to its chest. Expect all the finer details to come out at the London Motor Show on March 5, 2016.