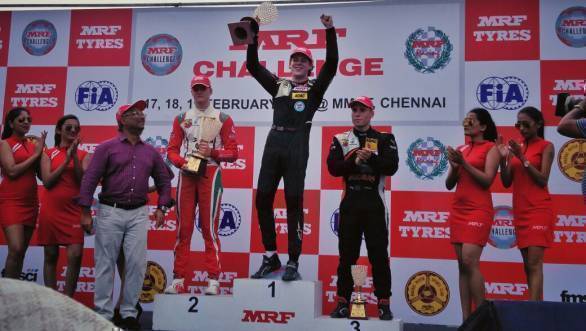 The excitement level at the second day of the 2016 MRF Challenge at the Madras Motor Racing Track was through the roof. After all, the championship was at stake. It ultimately proved to be a great day for young Harrison Newey, as he clinched the 2016 MRF Challenge title, scoring 277 points and finishing ahead of Mick Schumacher and Joey Mawson. Even though Mawson had also scored the exact same number of points as Newey, it was the latter who was crowned champion, owing to the fact that he had won more races over the course of the championship. 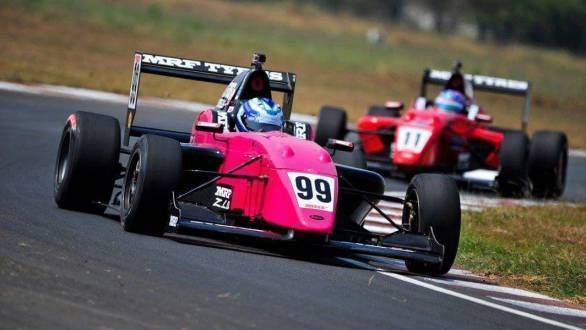 The third race of the finale started with Newey leading the pack, followed by Juri Vips, Daniel Ticktum and Mick Schumacher. Mick, who was seen taking it easy in the previous race, seemed to be more aggressive during that particular race. He went full throttle in an attempt to overtake Ralf Aron who was ahead of him on the second lap, but was unable to do so. Joey Mawson, who won the second race of the season finale, had to start from seventh position, but was up by one position on the sixth lap. It was here that he found himself attacking the driver ahead of him, but also defending his position from Aron and Ticktum. The sixth lap, however, cost Mick dearly as he was closing on Aron when his car spun out, ending his stint for this particular race. Joey Mawson then made a move passing Ticktum to slot himself into fourth position. On the eleventh lap, it was Newey again ahead of the bunch followed by Vips, Aron, Mawson, Ticktum and Felipe Drugovich. Aron had his eyes on Vips and tried his best to close the gap to overtake him in one of the corners. While on the other hand, Newey was a whole seven seconds ahead of the pack winning the third race ahead of Vips and Aron. Mawson had to settle in for fourth place ahead of Ticktum and Drugovich. 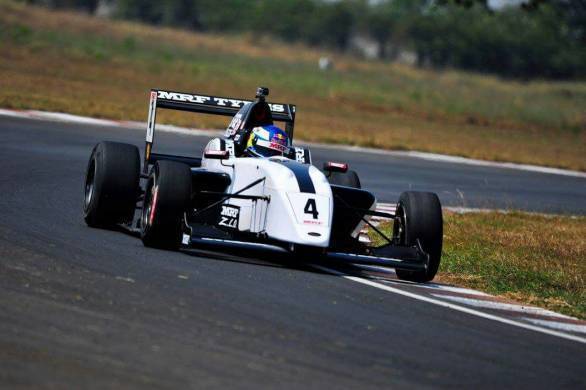 On winning the third race of the season finale and also speaking of his plan for the fourth race, Newey said, "My game plan was to win the race and get the fastest lap, as two points are awarded for the same, and that's what I did. For the last race (Race 4), I have to start third on the grid which is annoying. It is tough to win the championship, but I will give it my best. Joey is starting first so the first challenge will be to get across him. This track is a tough one as it very hard to pass here. After the first two corners, the race is pretty much over." 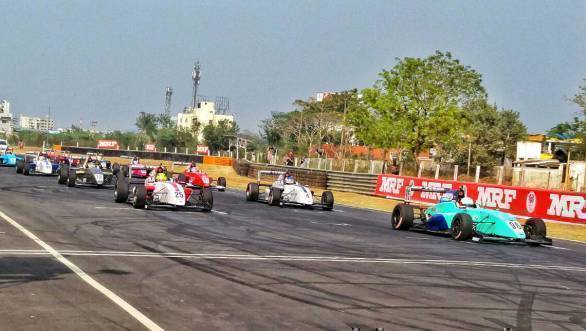 The final race for the championship started with Mawson taking an impressive lead after starting from pole. But in the first lap itself, Aron and Neil Verhagen crashed out, which meant the Safety Car was sent out on track. As soon as the track was clear again, the race resumed in the fifth lap. While we saw Mawson race ahead again, he was closely followed by Harrison, Schumacher and Vips.

However, this time around Newey was on the throttle chasing Mawson closely. Schumacher too caught up with Mawson and Newey. Mawson couldn't manage to increase his lead as Newey was very aggressive on the throttle. Additionally, Schumacher was also picking up the pace to close in on Mawson. On Lap 11, around the last corner, Newey finally overtook Mawson and so did Schumacher, making Mawson slip to third position. Schumacher also tried his luck, trying to make a move on Newey but as the latter had already pulled out a lead, it got difficult for Schumacher. On the final lap of the race Newey went three-tenths faster than anyone else to set the fastest lap of the race and also win the 2016 MRF Challenge.