It was quite an exciting and action packed weekend at the Madras Motor Sports Club race track in Chennai where Round Two of the 2016 MRF FMSCI Indian National Motorcycle Racing Championship was held. The racing was close and intense with veterans and relative newbies giving it all they got to clinch the top step on the podium. 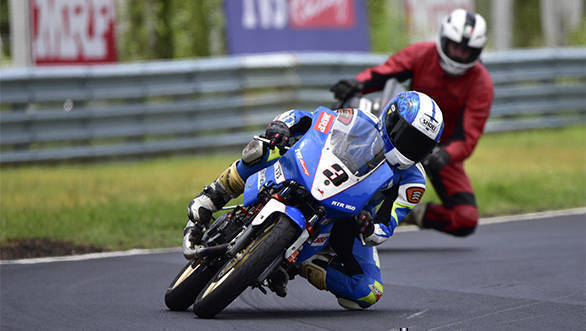 On Saturday, Jagan Kumar of Team TVS Racing won the Super Sport Indian Group 135cc to 165cc category's race after a closely fought battle. His team mate Kannan Subramanian was hot on Kumar's heels but could not manage to get ahead. Jagan made a brilliant getaway at the start of the race, ensuring he had the advantage right from C1 to the end of the race. K Y Ahamad finished the Six Lap race in third, ensuring TVS Racing grabbed all podium positions. 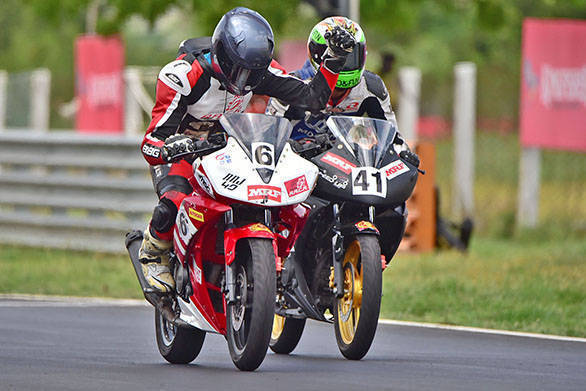 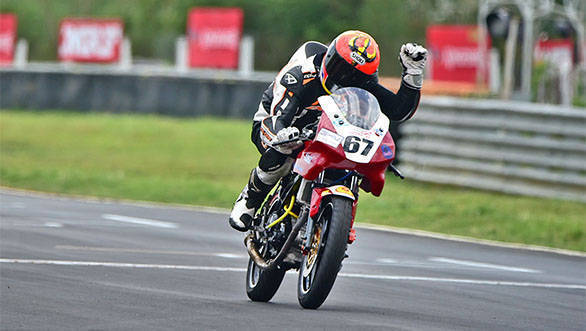 In the Premium Super Sport Indian class, Rajni Krishnan rode brilliantly to clinch the top step on the podium. The veteran racer displayed his class, charging through the field from P5. The race had its fare share of incidents too. The Red Flags were out on two separate occasions due to an oil spill on the track. Amarnath Rajan won the Stock 165cc race as well as the Novice class race in the Suzuki Gixxer Cup. 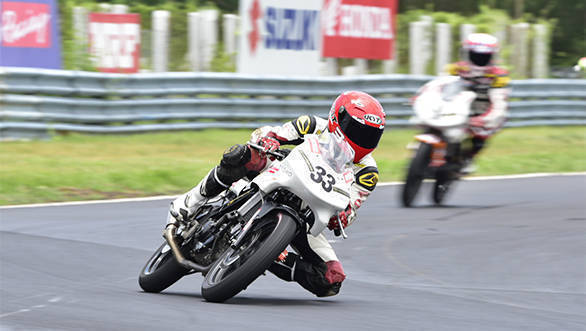