Mercedes-Benz unveiled the 2017 E-Class at the 2016 Detroit Motor Show and that caught quite a bit of attention. Now, the performance arm of the brand, Mercedes-AMG has revealed the new Mercedes-AMG E 43 4Matic which will be showcased at the 2016 New York Auto Show. 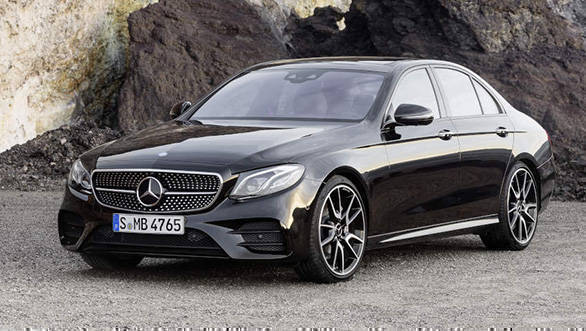 As described by Mercedes-AMG, "the E 43 is the most powerful variant of the executive saloon". It is powered by a 3-litre V6 biturbo petrol engine that makes 401PS at 6,100rpm and generates 520Nm of torque between 2,500rpm-5,000rpm. The engine is mated to Mercedes' 9G-Tronic transmission and powers all four wheels. The car comes with multiple drive modes  Sport, Sport Plus, Eco and Comfort  which adjust the engine, transmission, suspension and steering settings. The E 43 has a claimed top speed of 250kmph and a 0-100kmph time of 4.6 seconds. Wearing the 43 badge, this variant might be the most power version of the saloon right now, but there could be a bigger and more powerful E 63 which will be powered by a V8 biturbo. 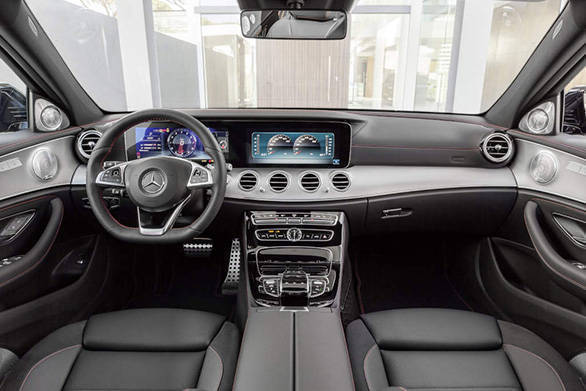 In terms of design, the upcoming Mercedes-AMG E 43 doesn't look as aggressive as other AMGs. The front is reminiscent of the 2017 E-Class save for a tweaked radiator grille and larger air dams. The side profile gets 19-inch wheels as standard along with low-profile tyres. The rear gets an integrated spoiler, chrome-tipped exhaust pipes and a new diffuser. 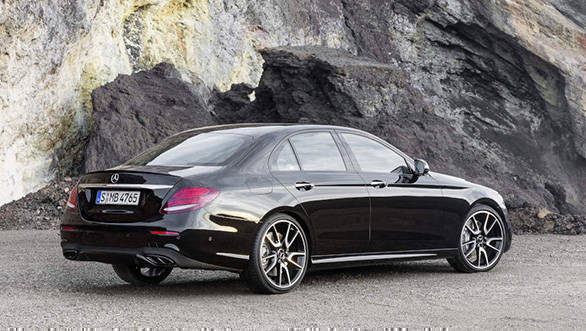 The Mercedes-AMG E 43 will be previewed at the 2016 New York Auto Show. The company will start taking bookings in the United States from June 20, 2016 while deliveries will begin by September 2016.