In this day and age, everyone has heard of the variable valve timing technology, which is commonly used by manufacturers. However, Nissan's luxury brand, Infiniti, has revealed the world's first production engine with a variable compression ratio.

The technology, called VC-T (Variable Compression-Turbocharged), allows the engine to seamlessly reduce or increase the engine's compression ratio depending on the driving situation. The different ratios can be achieved by raising or lowering the height of the piston's reach, thereby changing the engine's displacement. According to Infiniti, the compression ratio can go from 8:1 for higher performance to 14:1 for better efficiency. 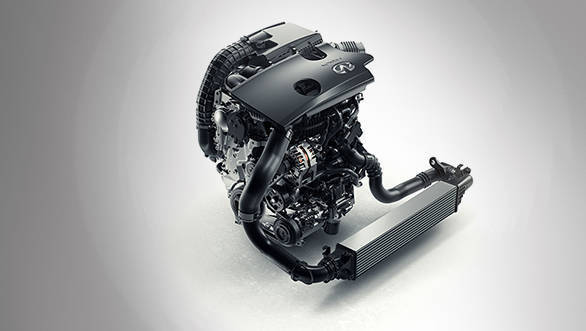 The technology, which has been in development for over 20 years, has been implemented in a 2.0-litre turbocharged petrol engine. The brand states that the VC-T technology not only improves efficiency but also reduces emissions and offers better NVH levels. It also says that these engines will be lighter and more compact than a conventional engine. Roland Krueger, president of Infiniti Motor Company, believes that this engine will offer the power of a high-performance 2.0-litre turbo-petrol without compromising on efficiency.

The brand will reveal all the details about this technology at the 2016 Paris Motor Show (Mondial de l'Automobile), which is scheduled to begin on September 29.