The Bajaj Pulsar Festival of Speed is a national level competition organised for Pulsar owners. The first season of the Pulsar Festival of Speed concluded at Chennai's Madras Motor Race Track on April 16, 2016 with Saad Gaibi clinching the title and winning a prize of Rs 1 lakh. Jonathan Johnson from Hyderabad was the first runner-up winning a cash prize of Rs 50,000 followed by Yuvaraj S from Chennai who walked away with a cash prize of Rs. 25,000. 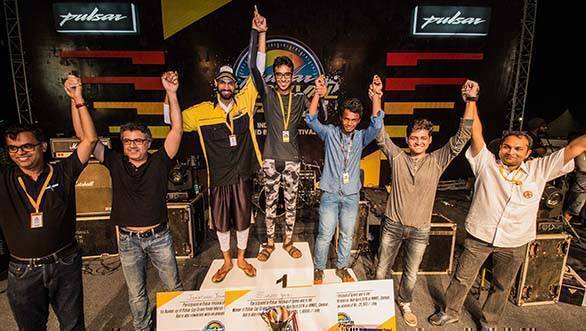 Bajaj Auto conducted the Pulsar Festival of Speed at leading metros Delhi, Mumbai, Pune, Hyderabad, Bangalore and Chennai. A total of 36 Pulsar RS200 winners emerged from all these cities, followed by the grand finale at the Madras Motor Race Track.

Commenting on the occasion, Sumeet Narang, vice president, Marketing, Bajaj Auto Ltd said "We extend our heartiest congratulations to the winners of the first ever Pulsar Cup. Pulsar is about performance and speed and the Pulsar festival of Speed has been able to bring out the essence of the brand through this multi city high energy engagement activity. The event was a huge success with both the Pulsar racing enthusiasts and youths across the cities."